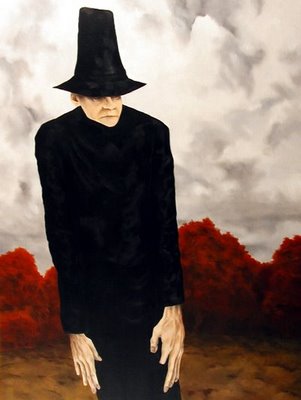 The Grinch stole Christmas in Massachusetts – for 22 years. The Puritans banned Christmas and its observance was illegal from 1659 until 1681. Their motivation was stated by the Reverend Increase Mather as follows:

“The early Christians who  first observed the
Nativity on December 25 did not do so thinking that Christ was born in that
Month, but because the Heathens’ Saturnalia was at that time kept in Rome, and
they were willing to have those Pagan Holidays metamorphosed into Christian
ones.” [1]
In other words, the origin of Christmas was pagan. The Puritans of Massachusetts were not the first to come up with this idea; it had long been common knowledge. Nor were they the first to try to take the merry out of Christmas; in 1647, Cromwell’s parliament in England had banned Christmas and made it a crime to bake Christmas puddings (a situation corrected with the Stuart Restoration in 1660).
Wrong about many things – including the infamous Salem witch-hunts – the Puritans of Massachusetts may have been correct in their belief that both the date of Christmas, and many of the best-beloved customs and legends that surround it, have their origins in the old religions that long pre-date the birth of Jesus.
Nobody knows for sure when Jesus was born, but it is rather unlikely that it was on December 25th. The famous early bishop, Clement of Alexandria, who died in 215, wrote that many Christians in his day believed that Jesus was born in April. December 25 was only recognized as the birthday of Jesus by the Church in Rome in the mid-fourth century, and it took centuries for the date to be adopted by Christian congregations elsewhere. The church in Jerusalem only adopted the date in the 7th century. It took England a century longer.
On the other hand, the significance of December 25 in the pagan calendar had long been established. Under The Julian calendar, instituted by command of Julius Caesar in 45 BCE, December 25 was made the date of Bruma, the “shortest” day, meaning the winter solstice. Early European peoples honored the winter solstice as the day of the re-birth of the sun, personified as a god by some, a goddess by others.
In 274, the soldier-emperor Aurelian proclaimed that December 25 was the birthday of Sol Invictus, the Unconquered Sun. This was a composite deity he hoped would be acceptable to believers of all persuasions, including the old worshippers of Helios-Apollo and the Roman legionaries who had adopted the cult of Mithras, a god from the East whose birth from a cave was already celebrated on December 25. So the day we now celebrate as Christmas became Dies Natalis Solis Invicti, the Day of the Unconquered Son.
Against this backdrop, it seems more likely than not that intelligent leaders of the early Church were inspired to move Jesus’ birthday to December 25 to claim the glamor of the old winter solstice festivals and to match the religious calendar to the celestial calendar in the way that early peoples had always done, making the coming of the Christos coincide with the re-birth of the sun. This, at any rate, was the opinion of a learned Syriac scholiast who wrote in the 12th century:
It was a
custom of the pagans to celebrate on the same 25 December the birthday of the sun, at which they kindled lights in token of festivity. In these solemnities
and revelries the Christians also took part. Accordingly when the doctors of
the Church perceived that the Christians had a leaning to this festival, they
took counsel and resolved that the true Nativity should be solemnized on that
day.” [2] 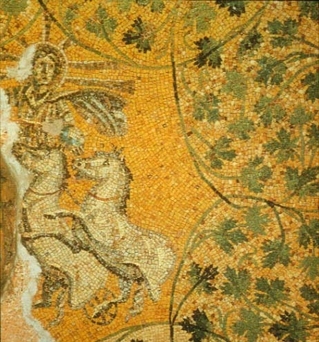 When we look at the customs and symbols of Christmas that are most loved in our families today, we find that many of them are of pagan origin: the Christmas tree, for starters, but also the holy and the ivy, the mistletoe, the yule log, the giving of gifts, the reindeer that fly through the sky. An early Christian grinch in Britain, Polydor Virgil, thundered that “dancing, masques, mummeries, stageplays, and other
such Christmas disorders now in use with Christians, were derived from these
Roman Saturnalian and Bacchanalian festivals; which should cause all pious
Christians eternally to abominate them.

The happy news is that the grinches will never win (though I’m not so sure about the retailers). The sun returns, and at Christmas all peoples of good heart will share gifts of light and love.]

[1]Increase Mather, A Testimony against Several Prophane and Superstitious Customs, Now Practiced by Some in New England (1687) quoted in Stephen Nissenbaum, The Battle for Christmas: A Cultural History of America’s Most Cherished Holiday, New York: Vintage Books, 1997, p. 2.

Puritan Grinch: I found this marvelous image at Without Shoes

Earth guardians, calling back moon and sun
archives most recent
More from Beliefnet and our partners
previous posts