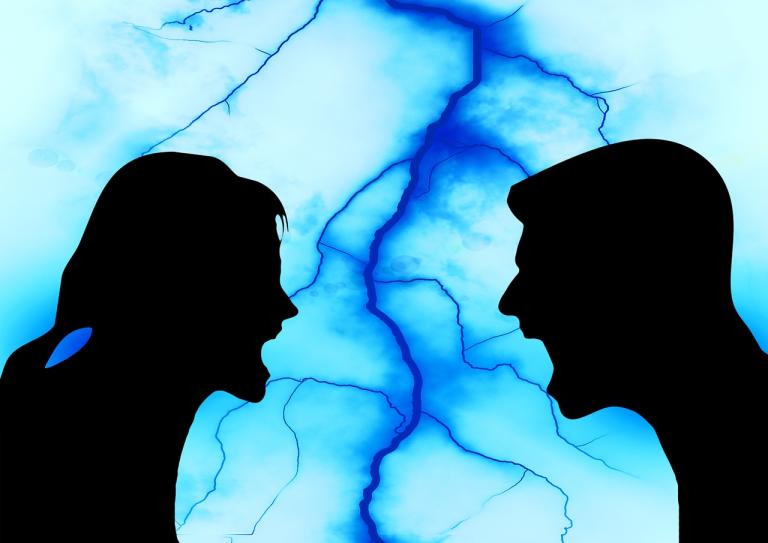 I teach couples how to deal with relationship conflict. The essence of all good conflict strategies is listening without becoming defensive. This is precisely why we struggle so much with a loss of civil discourse in our country.

I also teach medical students. I am not alone when I say something has dramatically changed in our classrooms when it comes to dialogue. Today sadly, students have lost the ability to talk to each other and their professors in meaningful and reasoned ways. They’ve lost the ability to differentiate between critique and open — often hostile — criticism. In my 25 years of teaching, this is not something I ever needed to think about before. Higher education was all about hearing diverse ideas, engaging in debate and civil discourse. When we learn how to express differences we begin to process and learn how to think and what to believe.

The ability to express differences is what has changed and moved in a dangerous direction on our college campuses. Ideology is being forced on and embraced by students, not critical thinking and reasoning. If you disagree, there is price to pay — ostracism, judgment, labeling and aggression. Begs the question, how does this TEACH anything? If conformity to ideology is the goal, we are in danger of losing fundamental principles in education — critical thinking, reasoning and debate.

The problem is so bad that Duke University offered, “Teaching Civil Discourse in the College Classroom” as a summer seminar for teachers. Fortunately, it was closed to reporters so actual conversation could occur. The goal was to help teachers help students discuss hard topics with courtesy and civility. And while some disagree that this training is necessary and not reflective of what is going on in the culture, they are wrong. We’ve always had heated and wildly debated discussions in classrooms, but never with the fear of being recorded, posted, cancelled and threatened. Times have changed.

Duke’s course centered on three three principles: 1) freedom 2) charity 3) humility. These are good principles. Can you be professionally courteous to those you don’t love or respect? In fact, someone asked, can you be civil to an opponent for whom you feel contempt? Now that question caught my eye. Why do we feel contempt for anyone, especially someone who expresses opinions different than our own? Aren’t we to learn from our differences? Isn’t this the basis of diversity?

Contempt is formed by someone who feels superior and feels the need to make the other person or group feel inferior. At the root of contempt is a sense of often feeling unappreciated or unacknowledged. And it usually manifests through sarcasm, mockery and negative non-verbal facial and body gestures. Furthermore, it is often marked by anger and disgust.

In couples therapy, contempt is a relationship killer and leads to distance and ultimately, divorce. The couple is long past civil discourse. So if contempt is so dangerous and even lethal, leading to distance and division, shouldn’t we discuss its causes rather than continually reinforce and engage it? Contempt is built on the opposite of love or charity. You feel superior and dislike the person. And this divide cannot be overcome while contempt is present.

Consider the headline of an article I just read, “Should I allow my child to play with her evangelical neighbor?” Shouldn’t we be asking instead, should I allow my child to play with someone rude, mean, hostile and manipulative? “Evangelical” assumes a stereotype, a judgment of the child based on a lack of relationship or any attempt to get to know the child and judge her character. Instead, the neighbor, in an air of superiority, judges her daughter’s friend based on religious affiliation. Not difficult to imagine contempt behind this judgment: feeling her child might be endangered by another child’s love of God. And the contempt of the parent will be taught to her child making it even more difficult to play with someone who doesn’t act or think like you.

When we feel contempt, we don’t think. It’s a strong emotion and our bodies activate toward fight or flight. Civil discourse goes out the window because we don’t engage with the “other” to build relationship and calm down. Contempt is a strong reaction to a person or group who you decide is inferior or flawed. This is a position based on pride. So, in our superiority, we lash out and disrespect to protect ourselves from this “other” who might be different.

The parent asking this question takes a superior position that her neighbor is guilty of some immoral action by being evangelical. Where does this feeling of contempt originate? In the heart. It is based on the fear that everyone must think and believe like I do or they are not safe. Differences are unsafe and cannot be discussed, but contempt brings a feeling of power. It also leads to a lack of accommodation of another and a lack of engagement. Then, we isolate from one another, we stop trusting. And the less we understand others, the easier it is to feel contempt for them. All of this shuts down dialogue. So the more divisions are promoted, the greater the contempt.

Too often in our classrooms, what is happening is not a quest for knowledge or intellectual curiosity. Rather, discussions become a way to rationalize an already polarizing view. There is no interest in learning from another but a need to protect oneself. How does this play out in the real world of work and play with people who don’t think like you do? It creates groups of people unwilling to engage with each other. More division and hate.

Until we drop the microaggressions, the blame and contempt for those who are different, we will continue to struggle with civil discourse.  If we don’t teach courtesy, civility and professional discourse to our younger generation, relationships will implode.

Mutual understanding is just as important to couples as it is in the classroom. It requires dialogue and the church should be modeling this. Jesus asks us to love Him and love our neighbor. We are not to feel superior over anyone but walk in humility. If that same evangelical family noted above responded to their neighbor, “Well we don’t want to play with their child either. They don’t believe like we do,” they would be equally wrong, feeling superior albeit disrespected, and certainly not loving. And how do you win people for Christ when you are unable to love them as they are?

The church should be a model of  civil discourse. This doesn’t mean we compromise Scripture but there is no room in our heart for contempt. Do we stereotype people, judge nonChristians by Christian standards or worse yet, excuse unloving Christians for the sake of accomplishing a goal?

Jesus had great empathy for the lost. And yet, his church has turned the lost into the enemy, fighting against them in very unloving ways. Many in the church feel contempt for those who oppose their values. We need to examine our heart and do the hard things Jesus taught us in the Sermon on the Mount. Bless those who curse us. Love our enemies. Pray for those who spitefully use us. Instead, we name call, avoid and cluster in our own safe groups. If the church could actually do as Jesus taught, no lessons on civil discourse would be needed because a heart truly transformed by Christ is marked by love.

I hear a lot of angry and disgusted Christians putting their faith in people and institutions to bring about change. Yes, our values have been assaulted and we need to stand on the Gospel. But how we do that matters. The real solution is to look inward and upward. What is in your heart? Does it align with the Sermon on the Mount? Are you driven by empathy, forgiveness and love? Or are you judging those who are not like you?

There is no place in the church for contempt toward any group. It’s time the church focuses on Jesus and the souls in need of Christ’s redemption. Civil discourse requires a loving heart. Build relationships, listen and behave in ways consistent with your beliefs. And can we please stop name-calling? Stop avoiding the voter we don’t agree with and just love our neighbor, who by the way, Jesus loves way more?

Social media, news and identity politics have contributed to our inability to be civil. These influences have divided the church. But if we hold fast to who we are in Christ without demonizing others, God will keep contempt from our heart.

What do Pets Teach Us About Relationships?
archives most recent
More from Beliefnet and our partners
previous posts