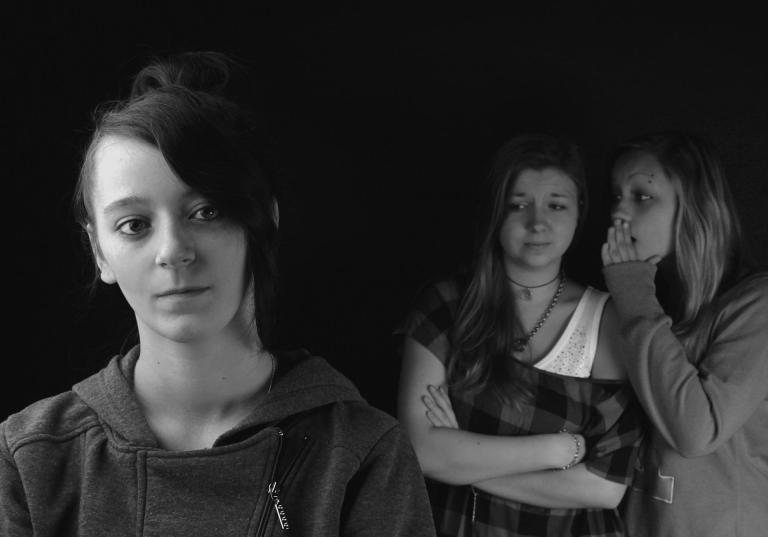 “I heard Tracy slept with that boy from our science class. She will do anything for attention.”

“Did you hear that the neighbor was having an affair with the worker who is remodeling her house? ” “No I didn’t. Tell me more.”

Gossip is more than idle chatter. It can ruin the life of someone. It happens to the young and old.

We know that gossip on social media has prompted teen suicide in some cases. The shame that comes with being outed or slandered can be unbearable.

Here are 6 negative consequences of gossip to help you stop and think before you speak:

1)    Broken trust and hurt feelings: “A gossip betrays a confidence but a trustworthy person keeps a secret.” (Proverbs 11:13). Gossip has broken many relationships and ended with hurt feelings.

2)    Damaged relationships:  It may even cause friends to separate or break up and stop seeing one another. “A perverse person stirs up conflict, and a gossip separates close friends.” (Proverbs 16:28). Words cannot be taken back once spoken. Do you really want to risk relationships over gossip?

3)    Fueling negativity by causing suspicion and distrust: When gossip is involved, it makes you question the intent of the gossiper. “Without wood a fire goes out; without gossip a quarrel dies down.” (Proverbs 26:20). What is the purpose, the aim of gossip?  Certainly it is not to build each other up. As followers of Christ, we are to encourage one another and build each other up.

4)    A craving for more once you engage: There is a certain powerful feeling that comes with gossip. You like to hear it and want more. “The words of a gossip are like choice morsels; they go down to the inmost parts.” (Proverbs 26:22). The more you do it, the easier it becomes.

5)   It feeds on itself: According to Timothy,“Besides that, they learn to be idlers, going about from house to house, and not only idlers, but also gossips and busybodies, saying what they should not.” (I Timothy 5:13). Gossip can be habit forming and a way to interact that feeds on itself.

So the next time you are tempted to gossip, consider the impact your words might have on others. This is not becoming of anyone’s character and the tongue needs to be bridled.

Can the Church Restore Civil Discourse?
archives most recent
More from Beliefnet and our partners
previous posts

Do These 3 Things to Feel Connected

During the pandemic I read an interesting book by the former surgeon general, Dr. Vivek Murthy called Together. He went on a listening tour of America in a quest to better understand America’s physical and mental health. What he found surprised even him — many Americans suffer from an epidemic of loneliness. They lack close […]

Is My Partner Controlling? 10 Signs

It’s a common complaint in therapy, “He (or she) is so controlling.” But what does that mean exactly?  Well, it can actually mean a lot of things but here are 10 common signs to determine if someone is controlling. The person… Regularly puts you down in front of others:  Controlling people challenge your beliefs, politics […]