Tom Brady and the Science of Not Choking 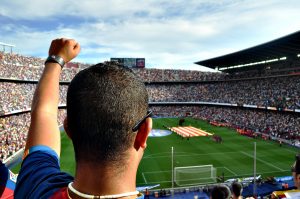 The big game is over. Whether you liked the outcome or not, Tom Brady is one quarterback who stays calm under pressure. He has shown this over and over in his long football career. It may be 40 seconds to go in a game. Brady has the ball down in his own part of the field. His team is losing. Most of us think, “He just might pull it off. With only 40 seconds to do, he could march his team down the field. He’s Tom Brady!” And so many times, he pulled off amazing come backs!

So what makes Tom Brady so calm under enormous pressure? Is there a take away for the rest of us?

Choking under pressure has to do with fear. When fear kicks in, parts of the brain go to work. And those parts of the brain affect motor function. Brady seems to have mastered a way to regulate his emotions in order to not allow fear to take over. Usually, when the stakes are high, pressure leads to poorer performance.

A group of researchers decided to look at the factors involved in choking under high stakes situations. They conducted a study in which participants were asked to perform a demanding motor task and were given a monetary gain as a reward if they did well. They found that when people in their study were provided with a money reward for doing the motor task, it influenced their neural and physiological activity. If the incentive was gaining money, they did worse than if the incentive was avoiding a monetary loss.

When the incentive was to avoid losing money, they performed better and prevented choking under pressure. So one might think, Tom Brady knows that if he doesn’t stay calm under fire, he would lose his wealthy lifestyle. Perhaps the incentive of losing what he has, has helped him stay calm over the years and perform at a high level.

The study indicates that if you customize the incentive structure for a person, you could avoid choking or poor performance. This involves changing your thinking. Don’t focus on what you might gain, rather what you might lose. 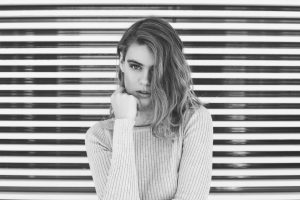