Are Your Genes Causing Depression? 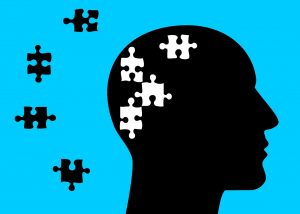 Mary suffers from depression and so did her mom. She now sees signs of depression in her young adult daughter. When it comes to depression, we know that it tends to run in families. If your parents are depressed, your risk of depression is higher than someone without the family history. What we don’t quite understand is why. Is it because there is a genetic predisposition or  because depressed parents impact their children in such ways that depression is a learned response to coping? Perhaps both of these statements are true.

For years, scientists have been looking for specific genes as markers of depression. This question of nature or nurture has been difficult to answer. A new scientific discovery by the Psychiatric Genomics Consortium published in the April 2018 of Nature Genetics provides new understanding when it comes to the role of biology in producing depression.

The study found 44 genes out of the 20,000 genes that comprise the human genome, which they believe are responsible for the transmission risk of depression. They did not find a single gene that causes depression. Rather they have pinpointed 44 genes that put a person at biological risk. Since we all carry some number of genetic risk factors for depression, targeting the ones involved is helpful.

These identified genes also play a role in how the nervous system and immune system functions. For instance, when the immune system detects a threat, inflammation is its defensive response. We also know that social stress (a threat) makes depression worse and activates an inflammation of the body. The production of inflammation under both real and perceived threats is important. We now think this inflammation can cause brain changes and turn on the mental symptoms of depression. If this is true, new treatments may be able to pinpoint inflammatory proteins coded by those depression risk genes. And stress would also need to be targeted for intervention.

What this new discovery tells us is that both nurture and nature  (genetics and environment) are at work when it comes to treating depression. This means we will be able to develop better and more targeted treatments to help those who suffer. Helping both a person’s biology and response to the environment remain key at treating depression.

Mother's Day: A Controversial Beginning!
archives most recent
More from Beliefnet and our partners
previous posts