Why Addiction is More Than A Choice 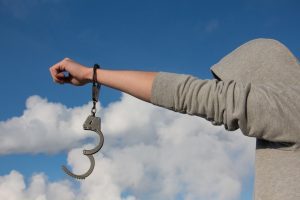 “It was my friend’s choice to have an addiction problem. No one forced him to put those pills in his mouth. He is an addict because he chose to use drugs. Don’t tell me this is a disease. He started. He can stop.”

Does this resonate with you? Is there someone in your life who is addicted and you feel brought it on themselves? Addiction is much more complex than boiling it down to choice and willpower. The complex brain changes caused by addiction are pervasive and long-lasting and help explain why someone doesn’t will his way out of the disease. Addiction involves complex maladaptive learning patterns related to genetics, environment, psychosocial, behavioral and other factors that significantly change the brain. And once addicted, the brain changes and has to be rewired.

People do begin by taking drugs, most often by there own choice. But then taking drugs turns into dependence, a stage of physical and psychological withdrawal that makes it difficult to stop using. This dependence then become addiction–a compulsive drug seeking behavior, despite aversive consequences, loss of control over intake, and is associated with negative emotional states, especially when access to the drug is blocked.

Drugs stimulate the dopamine pathway in the brain involved in reward perception and learning. It is one of the main pathways (not the only) involved in repeated drug use. Drug use creates a surge of euphoria and keeps people coming back for more of the drug. When drugs like an opioid are used, the amount of dopamine released in a part of the brain is the basis for the reward or euphoria.  A rush is experienced (positive reinforcement). With repeated use, brain receptors become less sensitized to drug stimulation, thus more dopamine is needed to achieve pleasure. This means you need to keep taking drugs and more of them to get the sense of pleasure. Now, the drug becomes a compulsive behavior.

Based on this knowledge of the brain, one of the most significant shifts in addiction work is recognizing that addiction is a disease, not a moral failure. Yes, people use drugs for a variety of reasons—to feel good, to get high, to fit in, to feel relaxed, to increase energy, to feel powerful, to numb or escape internal pain, and to increase self-confidence. Others use drugs because they are curious or to deal with emotional distress like a divorce.

However, the pleasurable escape ends because the initial sense of control leads to a lack of control. Problems develop, negative consequences occur, denial sets in, abuse becomes compulsive.  It is more and more difficult to get high as people develop tolerance and need more. Drug use may begin  voluntarily for the purpose of physical or emotional pain relief, but eventually the drug is doing the choosing for survival. So what begins as a choice, ends in bondage. Thankfully, there is freedom when a person chooses to get help. But because of the brain changes, the road to recovery is not easy.

Hope: From Nevermore to Evermore
archives most recent
More from Beliefnet and our partners
previous posts