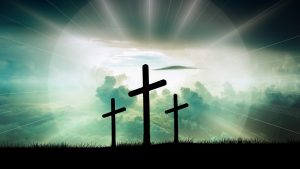 It’s not often that we find Easter falling on April Fool’s Day, but there is something to be said about the biggest Fool’s Day of all. Yes, the day Jesus rose from the dead. Satan thought he had defeated Jesus through His death on the cross. But April Fool’s!!!! He is alive! He is risen and defeated both sin and death.

So today, we celebrate that Christ arose! And have a little fun with your kids–tell them that the greatest April Fool’s joke of all was played on Satan! He didn’t believe and for that he is a fool!

Are You Grieving or Clinically Depressed?
archives most recent
More from Beliefnet and our partners
previous posts