Wisdom From A Couple Who Divorced Too Soon 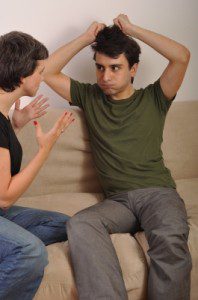 A couple came to marital counseling, determined to divorce. Both felt they could not work through their differences. They said there was too much hurtful history, too many issues of trust and too much damage.

I admit, they both had suffered greatly at the hand of the other and the work to shape up this relationship would be major. But I could clearly see that if they didn’t make changes now, they would face these same problems down the road. Their problems weren’t going away. Divorce would not solve their issues. In fact, I predicted they would carry their issues to the next relationship.

I asked for eight weeks to identify their problems and start making changes. If I could show them why they were so miserable and help them begin to change things in a positive direction, they could see the hope of reconciliation.

This couple declined my offer and divorced.

Five years later and married to new people, the original couple contacted me again individually. They remembered my prediction and admitted the same problems were resurfacing in their new relationships. The original wife was on her third marriage and jokingly said, “I guess on the third strike, I’m out so let’s start dealing with my baggage.”

The husband, brought to therapy by his second wife, reported his wife to say, “I’m starting to realize why his first wife left him. I was pretty naïve to think he wouldn’t act the same with me. Nothing has really changed. Yet I thought it was all her.” Bingo! It was time to tackle the issues. Both regretted not doing this earlier with their first spouses. Now their lives were complicated, entangled with children in the throws of new turmoil. They had not escaped their baggage or negative relationship patterns. Instead, their baggage followed them and was delivered to the new relationships.

During our separate sessions, both ex spouses admitted they might have been able to save their first marriage had they been willing to try. But the hurt was so big, the unforgiveness so strong, pride drove their decision to divorce. The pain was screaming, get out! And they admitted, it was easier to leave then face that pain.

The message they wanted to convey: Deal with your marital problems now or they surface later. They don’t magically disappear with divorce. And when you don’t even try to tackle your problems, they carry over to the next relationship. Do what you can to make changes the first time around. It will save you years of grief and might even bring reconciliation.

10 Ways to Cope For The Sandwich Generation

Many of my friends are dealing with aging parents and teenagers. They are part of what is known as the sandwich generation. Not only are they running teens to soccer, dance, and a plethora of activities, but also running to the nephrologists, cardiologist and pain management specialists. In others words, they are managing and caring […]