Hypocrisy? Believing in No Truth is a Truth You Believe 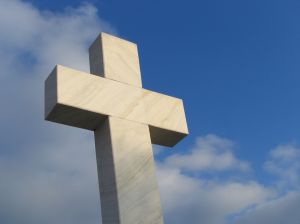 TRUTH is controversial these days. It is variously slammed, considered a dirty word, or is the source of intolerance. Some say it doesn’t exist. My profession says there is no truth that can be known; that all reality is constructed. Put simply, no one occupies the corner on truth. Whatever works for you is your reality.

This ambiguity is very appealing and something many want to hear. It feeds our appetites and tickles our ears. For example, the message, “Satisfy your sexual urges” is much more appealing than, “Do not covet.” But as my mom used to say, “That doesn’t make it right!”

I admit, rejecting truth is a tempting way to live because you get to set the rules. It appeals to that independence in all of us; our desire to take control of our life and live it on our own terms. It allows us to be god–to set our own standards. But there is a problem with this line of thought – God has a different idea. And when He speaks, I listen. I realize you may not.

He spoke loud and clear though the Bible and through His Son, Jesus Christ. Specifically He said, “I am the way, the truth, and the life. No one comes to the Father except through me” (John 14:6). You may think, that’s pretty narrow, intolerant of other’ views and rings of spiritual superiority: You are truth, and no one gets to you except through Jesus? That is offensive, a micro aggression, and doesn’t create a safe space!

When you believe that God is our Creator and defines reality through His Word (Bible), there aren’t multiple ways to God. You don’t get to define life on your own terms. You actually choose to believe that life, the way God defines it, leads to flourishing and eternal peace. Or you can reject this. But according to God, it  will lead to separation from Him eternally. So the stakes are high. You can be offended by this Gospel, reject it and live as you choose, but you risk eternity. If you are wrong and there is truth, what then?

Our choice is to accept His truth or create our own. This is what Adam and Eve faced. They chose their own version of reality influenced by the only cultural voice at the time–yes, Dana Carvey, Satan. His message was to define life on your own terms. You don’t have to listen to God. Do your own thing–eat, enjoy! And they did, and it didn’t turn out well.

When you believe that Jesus is the Way, the Truth and Life, it does narrows your thinking. Yet, it is possible to be respectful and be tolerant of others who don’t believe. The two are not mutually exclusive as the culture would tell you they are. In fact, this narrow belief that Jesus is the Way, brings compassion and care for others.

Actually, it is hypocritical of those who believe there is no truth, to believe that the Gospel is wrong. That position assumes your belief is true. And believing in no truth is a truth you believe.