More Evidence That Pot is Not Harmless 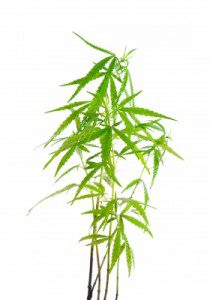 In recent months, the debate concerning the harm of marijuana has been in full force. Our own President insisted that smoking pot was no worse than alcohol. But the science, not the opinions of many, of marijuana use is proving otherwise.

Consider a new study conducted at Northwestern University in collaboration with Harvard Medical School and published in the Journal of Neuroscience that looked at the effects of casual use of pot smoking in college students. Casual use was defined as fewer than four times a week on average.

The brains of college students are still forming. A concern has always been about the impact of marijuana on the forming brain, especially now that pot use in legal in some states at the age of 21. The brain is not formed at 21 and is subject to the effects of substances on its formation.

Researchers confirm that smoking pot is not a benign act. Volume, shape and density changes were noted in the parts of the brain associated with motivation and emotions and some types of mental illness. And the smokers’ brains continued to look different from nonsmokers the more they smoked.

So is the casual use of marijuana no big deal.? No, if you are concerned about it altering the physical structures of your brain.

Mad at Your Spouse? Go Eat!
archives most recent
More from Beliefnet and our partners
previous posts

10 Ways to Cope For The Sandwich Generation

Many of my friends are dealing with aging parents and teenagers. They are part of what is known as the sandwich generation. Not only are they running teens to soccer, dance, and a plethora of activities, but also running to the nephrologists, cardiologist and pain management specialists. In others words, they are managing and caring […]