Slavery. Human trafficking. Kidnapped victims who are often smuggled or forced to migrate across borders. Slaves in today’s world are faced with daily fear and a lack of legal protection, leaving them without a voice when it’s needed most. Human trafficking cases have been reported within every single state in the United States, and sadly, this proves that this is not an issue that’s “far away”. Often it is an issue that’s in our own backyard. 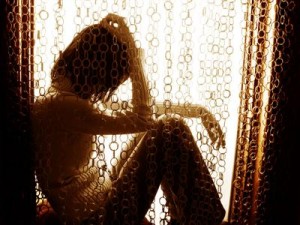 Slavery can come in different forms. Individuals can be forced into prostitution, domestic servitude, or working in another sector. Victims may travel abroad because they think they are going to get a good job, but once they cross a border, their own legal documents are stolen, leaving the individual as an undocumented victim in a foreign country.

Even more heartbreaking, parents can sometimes place their own children into slavery.

If you think you see someone who doesn’t live or work in healthy conditions, are fearful of providing information about their employer, or who appears to be unable to freely leave a house/work environment, take the time to reach out and help.

Take notice of the red flags and contact the National Human Trafficking Resource Center hotline by dialing 1 (888) 373-7888. You can call in to report a potential human trafficking situation on the hotline.

Make a difference and stay informed on the pressing issue of modern slavery!

Fear on the First Anniversary of Sandy Hook

Tragedy struck the entire nation last year when a gunman killed 26 first-grade students and adults on December 14, 2012. The community has experienced grief beyond what most of us can understand. But with time, the slow and painful process of healing and forgiveness has already began. The Newtown, Connecticut community has been under an intense eye for the […]