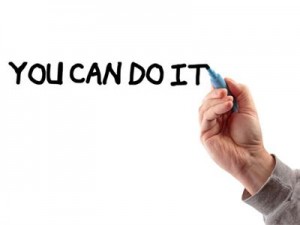 A few months back, The Robert Wood Johnson Foundation announced the six winners of its Roadmaps to Health Prize. Although there were many strong candidates, these six communities have gone above and beyond to build healthy neighborhoods and revitalize the political environments for their residents. Here are a few of the insights that other grassroots leaders can gain from these success stories.

1. Youth Can be Powerful Grassroots Leaders and Advocates

The young people of Santa Cruz County, California know full well what it means to strengthen public health laws. A group of young people called Jóvenes SANOS educated the city council about the fact that the local high school didn’t offer adequate healthy snacks. Not only did they gain the council members’ attention, they also helped promote new policy options to increase the availability of healthy foods in restaurants and metro stations. By encouraging young people to become grassroots advocates, the public health community can expose policymakers to solutions to public health problems that are from, and for, young people.

School administrators in New Orleans, Louisiana, had become aware of the poor education children had regarding healthy lifestyle habits. After recognizing this need to change their social and educational environment, they created the “Edible Schoolyard” – a program which included building gardens, creating cooking classrooms, and bringing fun physical activities to children’s lives. After the Edible Schoolyard was implemented, children flourished and became actively involved in growing and preparing food – a far cry from just picking up prepared food at the local grocery stores. The effects of this dramatic shift have even affected the social environment of neighborhoods, and families are now impacted by the healthy food habits kids are bringing home.

3. Invite Everyone to be Grassroots Leaders for Change

Cambridge, Massachusetts, is a city with incredible economic diversity including Harvard University and poorer developments. The city officials took notice of this and, after sufficient planning, starting making efforts to policy change in order to give children born into poorer neighborhoods the same access as a child born into a wealthier part of town. Cambridge also created literacy ambassador programs (which are extremely helpful to immigrant families) and the Men’s Health League which focuses primarily on non-white males. The economic environment of Cambridge, although still rather exceptionally varied, has seen public health policy shifts that today are bridging its citizens together like never before.

Grassroots leaders can learn valuable lessons from both each other and the Roadmaps to Health Prize winners. Grassroots Change is proud to support the efforts by both communities and individuals as positive public health movements continue to grow around the country!

Slavery. Human trafficking. Kidnapped victims who are often smuggled or forced to migrate across borders. Slaves in today’s world are faced with daily fear and a lack of legal protection, leaving them without a voice when it’s needed most. Human trafficking cases have been reported within every single state in the United States, and sadly, […]