Good Friday is a time of reflection and devotion for Christians around the world. They commemorate the crucifixion and death of Jesus on this day, and await the celebration of His resurrection on Easter Sunday. Read on and discover a few things about Good Friday that you might not have known before.

1. Good Friday has recently become a national holiday in Cuba – at least for 2012. In March, Pope Benedict XVI paid a visit to the Caribbean nation and asked President Raul Castro to make the special day, April 6, a public holiday. Castro reportedly gave the Pope his answer before the pontiff left the country. It is the first time Good Friday has been recognized by the government since religious holidays were abolished in the 1960s. Christmas was reinstated after Pope John Paul II’s visit in 1998. It is unknown if Good Friday will remain a national holiday in Cuba after this year.

2. Congregations around the world reenact the crucifixion on Good Friday. In the Philippines, where Catholic fervor blends with indigenous beliefs, some devotees are actually nailed to crosses each year. The Catholic Church has condemned that ritual, but less gruesome reenactments are held in many other countries, including the U.S. Last year groups observed Good Friday with crucifixion reenactments in Michigan, Louisiana and Florida, among other states.

3. Good Friday is also known by several other names, such as Easter Friday, Great Friday (in the Russian Orthodox Church), and Holy Friday. Another name was even was thought to stem from the German, “Gottes Freitag” or “God’s Friday”. Although it may seem odd that such a sad event would be granted a name like “Good Friday,” Christian adherents believe that Jesus’s sacrifice for the eternal life of humanity is ultimately a positive message.

4. In 1985, two Oxford University researchers published a paper naming April 3, 33 AD as the original date of the crucifixion. They derived that date from astronomical tables, Scriptural documentation, and the years of Pontius Pilate’s term as procurator in Judea – 26-36 AD. The researchers point out that all four Gospels agree the crucifixion occurred during the Jewish festival, Passover.

5. Many religion scholars believe Jesus was crucified by nails driven into his wrists, not hands. French physician Pierre Barbet wrote a book called A Doctor at Calvary, in which he said humans are able to bear their own weight with the strength of their bones and ligaments within the wrists, but not with palms alone. Barbet posited that if Jesus was nailed only in his hands, he would have fallen to the ground. By the time of Jesus’s death, crucifixion had already been practiced for some 600 years and was a detailed procedure designed to be a very painful process for the victim.

Good Friday is a prominent holiday for Christians around the world, both in past centuries and today. Although governments and communities might change the practices around the holiday over time, for many the essential message remains the same.

What are you looking for? 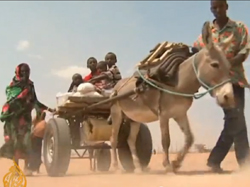 Slavery. Human trafficking. Kidnapped victims who are often smuggled or forced to migrate across borders. Slaves in today’s world are faced with daily fear and a lack of legal protection, leaving them without a voice when it’s needed most. Human trafficking cases have been reported within every single state in the United States, and sadly, […]