Climate Anxiety and You 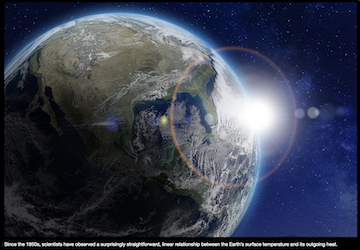 Do you have climate anxiety? You’re not alone. More Americans have climate anxiety than ever before. Severe weather incidents like hurricanes, flooding, fires, and earthquakes are traumatic experiences. After traumatic events, people suffer with PTSD, anxiety, and depression. As the number and severity of climate events keeps rising, people fear that their part of the world might suddenly experience a climate event that never happened before in the area.

Of course, there are those who think climate change isn’t that bad or that the climate crisis is a hoax. These people willfully ignore the science behind the movement to protect the earth. There will always be doubters and deniers. I remember the 1980’s when people doubted that love and hope would prevail against communist Soviet Union. Then, because people put in the effort, and had faith and hope in a new beginning, the Berlin Wall came down and the Soviet Union was forever changed.

Even if a person isn’t directly affected by a weather event, the increasing global temperatures are creating havoc on people’s health. Higher temperatures in the United States have been linked to increased suicides, less sleep, and more heat related deaths.

Anxiety grows when you get closer to something negative.

The idea of the planet dying because of human neglect is a very negative idea. A person’s natural reflex is to shut down mentally and not think about the bad news. That “avoid the situation” attitude doesn’t work for everyone. Some people don’t shut down mentally in the face of bad news. Instead, they focus on the problem and try to find a solution. It’s a more hopeful approach, and one that is more healthy for the mind and soul.

A few things you can do.

One of the best ways to deal with climate anxiety is to take action on climate. Join a climate change group and get involved in the movement. If you’re shy or don’t want to take part in marches, there are other activities you can be part of that still make you feel like you’re doing something. Get active with your city council. Encourage councillors to add more green spaces to your community, start an electric highway, or do more green tech in the city.

Realize you are not alone.

Thinking that you are the only one who believes in a climate crisis, won’t help you deal with your fears or climate anxiety. You need to realize other people feel like you do about climate change. Start talking to others who are climate change activists. Or, talk to your church members and find out who shares a similar anxiety. A good support system eases anxiety and makes a person feel less helpless. It also protects or buffets you from those people who don’t believe the world is in a climate emergency.

Making small changes like switching to LED lights, or recycling, or buying an electric car can empower you. There’s an old proverb that says every rain drop that falls into a lake becomes part of a bigger movement. Making small changes to how you live is that rain drop added to a larger environmental movement.

We live in a time in our evolution when humans need to make a choice about what type of future earth humans want. Our children are marching in the streets, protesting and telling us that they want a green tech future. We need to respect and understand that desire. Instead of fighting with our children about climate change, we should co-operate with them. Let’s try to find ways to make technology and living greener.