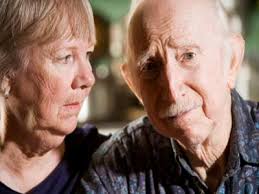 Alzheimer’s and dementia are not part of normal aging. How can you tell if someone has Alzheimer’s or dementia? What are the early signs of Alzheimer’s, and how is it different from normal aging?

My grandmother had Alzheimer’s

When my grandmother started loosing her memory, the family first thought it was related to old age. After all, grandmother was in her late seventies. Our view shifted to dementia as her symptoms suddenly changed. She started having memory loss and her decision-making was off. She had trouble focusing on everyday tasks. She’d repeat things. But none of it was so bad that grandmother couldn’t function.

Then the dementia worsened. It became Alzheimer’s. Grandmother’s mood and behaviour suddenly changed. Grandmother would pack apples away into the attic. She’d put her purse in the freezer so it would be safe from robbers. Grandmother got angry more often. She’d insist her neighbour was trying to seduce grandfather ( which was never remotely true). Grandmother started withdrawing socially from friends, and isolated herself at home. She was irritable, anxious, and aggressive. Grandmother would get angry and hurl objects. She lost track of time and what day it was.

Dementia is a symptom, not a disease

Dementia is an umbrella term for what happens when brain cells die. It’s not part of normal aging, nor is there any underlying cause for it, such as disease. As you get older, brain cells responsible for mental abilities like memory and reasoning start to slow down and die. This causes memory loss, difficulty in thinking and problem solving, and issues with social activity.

Dementia happens slowly. Most people don’t know they have dementia. Other people notice the dementia because of how the person acts. As dementia progresses, it may become Alzheimer’s. Dementia can also result from a head injury, a stroke, or a tumour.

Dementia creates agitation, anger, and confusion which get worse in the late afternoon or evening. Dementia symptoms get worse over time. In the last stages of dementia, a person can’t communicate properly. So a caregiver has to look for signs of pain like moaning, yelling, grimacing, inability to sleep, or sweating.

Why is Alzheimer’s confused with dementia?

Because Alzheimer’s is part of dementia, the symptoms are similar. People often confuse the two. I’ve been told by doctors that the only way to confirm a person has Alzheimer’s is by doing a brain tissue biopsy. Otherwise, doctors rely on mental health diagnostic tools.

Alzheimer’s gets worse over time. Although there are treatments that slow down Alzheimer’s, there is no cure. Alzheimer’s progressively affects the body. In the early stages, memory loss is mild. In later stages of the disease, the body starts shutting down. Swallowing becomes difficult and then stops. The person has to be tube fed. The body starts to shrivel and there is no more communication.

Grandmother suffered a great deal with Alzheimer’s. But she fought to stay alive right up until the end. As grandmother progressed through the seven stages of Alzheimer’s, she lost the ability to walk, feed herself, or speak. Her eyes vacantly followed you. Her fingers became gnarled bones. Her body shrivelled up and she looked like a skeleton. In the final stage, grandmother lost her ability to swallow and had a tube down her throat. Alzheimer’s patients usually die from heart attack or kidney failure. Grandmother died from a heart attack.

A person developing dementia usually won’t notice it. Other people, like family members, are the ones who see the changes in behaviour and mood. It’s important that once dementia is suspected, family takes the person in for a medical checkup. The earlier dementia is diagnosed, the better the chances for the person to understand what’s going on. 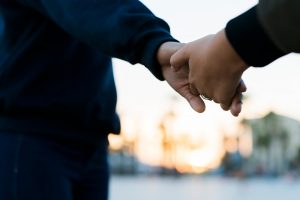 It's Okay When Life Doesn't Go As Planned