These Jobs Can Make You Depressed 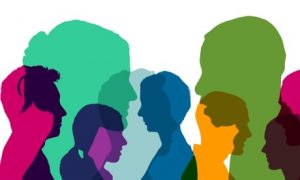 These jobs can make you depressed. Certain workplaces can lead to more depression than others because of stress, exposure to toxins, social isolation, and lack of social support (such as counselling services). All jobs have a baseline level of stress that most people can cope with. But some jobs are more stressful because they are more demanding and challenging either mentally or physically.

It’s important how you cope with stress. Too much stress can create unhealthy coping behaviours, such as drinking too much alcohol, over eating, withdrawing from other people, inappropriate sexual behaviour, and gambling. Too much stress can lead to depression and even suicide. Depression can be genetically inherited. So, it’s important to know your genetic history before starting a career that is demanding and stressful.

The Centres for Disease Control and Prevention looked at suicide rates and came up with 20 jobs that had the highest suicide rates. These are suicides out of 100,000 people.

These jobs can make you depressed.

Farmers are usually independent and isolated. They have a “shake it off” attitude when it comes to mental health. But exposure to pesticides can affect a farmer’s neurological pathways. This means a farmer is more prone to Alzheimers disease, early shaking of limbs, and depression. Fishermen and foresters aren’t always solitary. But these jobs need lots of physical strength and mental endurance. Fishing and forestry happen in remote locations. The only entertainment and communication with the world is what you pack with you. After a hard physical day of work, down time can become dull and boring.

Both are physically demanding jobs that wear out a person’s body. Both jobs put a person’s safety at risk. Falling off a tall scaffold or ladder isn’t uncommon in construction, and tools can cut off limbs. The chemicals in the mud used to plaster walls cause lung damage and cancer. Concrete workers breathe in harmful fumes. Pay rises and falls with the market. If there are lots of homes being bought, construction jobs are easier to find. If the buyer market dries up, construction jobs are harder to come by. The up and down cycle of home building creates stress which can cause depression.

These jobs are physically demanding and require that the worker plans ahead so as not to interfere with the public. Most work happens during night shifts, which are great for not interfering with the public. But night shifts create mental health problems. The circadian sleep cycle is messed up. Eating habits become irregular. Family life suffers because the worker is usually asleep during the day and early evening.

Factory works have long hours, and are expected to be on their feet all day. The machines are loud and can damage hearing. You have to pay attention to your job because a wrong move could mean loosing a limb. In addition, machines are starting to replace workers. Automation means your job might not exist tomorrow, even if there is an agreement between union and company to keep jobs alive.

These people are responsible for building some of the tallest buildings in the world. They have to be aware of safety guidelines. Architects and engineers need to make sure a building won’t collapse under its own weight and that it can support all the workers and furniture that will occupy it. Road engineers are responsible for bridges. Again, its important that a bridge not collapse.

These people are supposed to ensure the safety of others or save lives.  Yet they are constantly exposed to traumatic, violent events or high stress situations. PTSD is common for these workers. Counselling services can help, but depression and suicide are common.

Journalists exposed to high stress when stationed in war ravaged countries develop PTSD. Sometimes a reporter is traumatized if he/she is captured and held for ransom by enemy combatants. Most journalist schedule their life around the news, which makes for a depressing job because you don’t have much time for family or friends. Artists and writers don’t make a regular salary that can be depended upon. There’s no work schedule but the job demands you get something done. Writing and creative work is usually done in isolation. Athletes and entertainment figures are always being critiqued by the public. There’s no real sense of privacy or time off work.

It gets lonely driving a rig alone for 12 hours or more a day. Separation from family over long hauls and holidays can make trucking a depressing job for a family man. It can be especially rough emotionally if the trucker misses important life events, such as the birth of a child, or being with his wife when she’s in the hospital. Alcoholism is a problem for many truck drivers as it gives a way out from the boredom and loneliness.

Bosses have their own bosses to please. That constant flow of top down management means you are always at risk of not pleasing your boss, and not keeping your workers happy. Middle management usually has to keep staff problems from boiling up or getting noticed by upper management. Upper management has to keep shareholders happy. They have to watch out for hostile takeovers and mergers. So with all the business intrigue, management can be a very stressful job that can easily make a person depressed.

Lawyers are as depressed a group of people as doctors and nurses. Lawyers get little respect from the public, and sometimes their own peers don’t give respect. A lawyer is by nature adversarial. This means that a lawyer is always fighting in court for the rights of the client. Sometimes the client is on the wrong side of the law, but the lawyer must still defend. It’s a tough call. A lawyer must weigh his/her ethical and moral standards against that of the case. If your client is lying to a judge, and has confessed to you of committing a crime, what should you do? No wonder the stress of the profession causes depression.

There’s a large burnout rate in medical residents and doctors that’s caused by depression. Dentists are a very depressed group of health care professionals who are usually not talked about. No one is happy to go visit a dentist. Dentists know people are afraid of dental procedures and that pain is often the only reason why a person goes to a dentist. Not everyone practices good dental health. Many dentists see and work with really awful teeth. Imagine working on someone’s molars while the gums are bleeding, and the breath stinks.

Jobs that can make you depressed are also jobs that are fulfilling and save lives. Many people depend on these professionals for safety, health, and shelter. So while these jobs are stressful and there is a risk of depression and suicide, people should not be afraid of working in them.