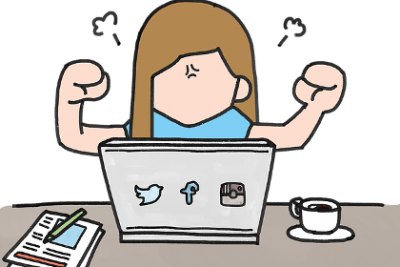 Have you ever been politically bullied or shamed on Facebook or Twitter? You’re not alone. Political bullying on social media has become a real problem in the past few years, creating more depression and anxiety among social media users.

A study by Pew Research Centre found that nearly 20 percent of social media users have blocked, unfriended, or hidden someone because of their political posts. Friends disagree with friends about political issues and usually let those disagreements pass without comment. Most people are surprised by their friends political beliefs. A third of those blocked are a family member or a close friend.

The quick answer to an online political bully is to block, mute, or delete the posts. But what if the bully shames you on other threads that you can’t block or mute? You can report the abusive comments. You can try to take the higher road and ignore the bully. But there’s other tactics you can use.

How to deal with political bullying on social media.

You may have a great comeback for the bully but stop and think for a moment before you hit post. Are you thinking clearly and rationally, or are you emotionally charged and ready for a fight? How factual is your position? Maybe you’re beliefs aren’t clear cut as good or right. Are you willing to look at yourself first and see the flaws in your beliefs and opinions?

Is the person baiting you or does he/she really believe what’s being shared? What, if anything, will your response do? Will it only get a long thread of why you’re wrong? That’s what happens with my friend. If my friend gets worked up, he’ll post for hours on the thread even when everyone has left the conversation. Remember, what you post on the internet stays forever on the internet! So make sure you’re words are something you’ll be proud of the next day.

2.Ask the person why.

Motives matter. Sometimes a person doesn’t understand the politics, or hasn’t been informed about the history of the issue. Maybe its a regurgitation of fake news the person doesn’t know is fake. Sometimes it’s bias, prejudice, fear, or anger. People tend to mix emotions in with opinions. Sort out the emotions and put a lens on them. This way you get a better interpretation of what the person is saying. Make sure you aren’t simply there to stir the pot. Check your motives too.

Before you blast a person for spreading fake news, check the facts. Are you sure you’re not the one who’s wrong about the story? Getting the facts right helps any political conversation. Always include your source, because sometimes the source is the problem.

People from other countries love to troll the internet and churn up political dissent, confusion, and anger in other parts of the world. Sometimes they’re paid to do it. Other times they want to plant their political ideology into other countries. It’s important to always check the source of whatever facts are being used.

4. Did the person really mean it?

An ordinary conversation involves a lot of “fill in the gap” thinking. Your brain automatically fills in details, colours it with emotions, and skips over large facts because you ‘already know it’. A lot of conversation is misinterpreted. This gets worse when it’s an online conversation. There’s a lot of points in a conversation that goes missing or is misunderstood when it’s typed instead of spoken. Auto spell on a cellphone also creates chaos in what can be an emotionally charged political conversation. Maybe its better to have the conversation in person or via a phone call. Get it straight. “This is what I think you’re saying. Is this what you really mean?” Clarification can help calm down both sides.

Ignoring a post is sometimes the best way out. You may feel guilty for doing it. But you’re not expected to reply to everyone’s posts. Ignoring a post can be the best thing for your mental health. Opinions become beliefs, and a belief is a difficult thing to change. A bully doesn’t want his/her beliefs changed.

Sometimes a person is just mean and nasty either because of fear, past experiences, or ignorance when it comes to social issues. Much of politics is tied into social issues. It’s difficult to separate the two. Is there some other person who can do a better job of meeting the person halfway in the conversation? Is the person only doing this to get you into an argument, knowing where you stand on social issues?

You can easily get caught up in a war of ideas and be so stoked that even the next day you’re fuming. It’s not emotionally or mentally healthy for you. Don’t get caught up in quick replies. Take time out from the conversation. Go back to it later. In the meantime, journal your thoughts or talk it out with someone. If the conversation still bothers you, do a post but make sure you’re not the one who’s now being offensive or bullying.

7. Block or report the person.

If you’re bullied or shamed, Facebook  and Twitter have ways to help you. Block, mute or report the person to Facebook or Twitter. Doesn’t matter if the person is your friend. Your dignity and self worth are precious. You are not someone’s garbage bin. Mean people like to use social media to bully and shame. They don’t care what message they hide behind. Let your social media contacts know who is bullying or shaming you. Have your friends get behind you and give support by blocking or reporting the person.

It’s important you stay emotionally and mentally healthy when using social media. Political bullying and shaming are wrong, and there are healthy ways to deal with them. Make sure you’re not part of the problem. Don’t bully or shame others online. 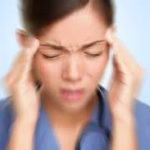