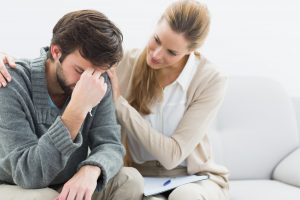 Did you know that a depressed dad affects his kid’s mental health the same way a depressed mom does? If dad is depressed, his child will suffer mentally just as much as if the mom was the depressed parent.

This link between depression in a father and the mental health of his children hasn’t really been studied. Why? Because its assumed women have a bigger role in raising children. But that stereotype has changed in the past decades. Yet depression in dads is still under reported and not well researched.

A depressed dad is less likely to ask for help.

Men are reluctant to admit to being depressed. There’s the stigma about emotions. There’s the idea that being a man means you have to ‘suck it up.’ There’s the stereotype of the rugged, detached man who deals well with everything life throws at him.

Men are less likely to ask for help when depressed. This means that all the darkness, hurt, shame, anxiety, and pain of depression is stuck inside the person. Instead of getting mental help, he will instead angrily lash out at loved ones. He’ll blame his mood on others, and act out on that either aggressively or with downplayed anger.

There’s all kinds of symptoms to watch for in a man because he won’t ever be the first to say he’s depressed. A depressed man will likely turn to alcohol, drugs, gambling, sex, or even food instead of telling anyone how he feels. Acting out with bad or vicious behaviour that’s not common to him is another sign that something is wrong emotionally.

A man who is depressed will focus on his physical symptoms – back ache, headache, muscle pains, stomach acid, insomnia – rather than on emotions – grumpy, apathetic, anxious. He’ll say, “I feel grump cause my shoulder aches” instead of “I feel grumpy.” Anger is one of the biggest symptoms of a depressed man. And anger manifests itself in many ways, so be careful when trying to confront a man about depression. 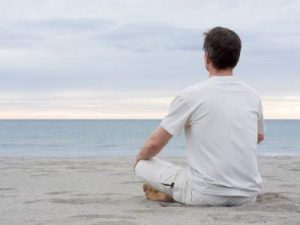 If your man isn’t admitting to being depressed, a change of diet may help him. Obviously the best thing is to try and get him to see a mental health professional. But sometimes tweeking diet helps steady emotions.

Beets are a great source of Vitamin B folate. Folate helps boost mood. Beets also are loaded with betaine which your brain uses to produce SAM-e (S-Adenosyl methionine), which is involved in synthesizing hormones that affect mood. While SAM-e is a prescription drug in Russia, India, Germany, Italy, and Mexico, the drug is only sold as a dietary supplement in the United States. It’s not good for people who have bipolar disorder and its not clear if it can treat major depressive disorder.

Walnuts are rich in Omega-3 fatty acids, antioxidants, and protein. Great for your nervous system, which in turn can lead to better mood. Walnuts fight depression by increasing serotonin, and boosting your immune system, making you less prone to fatigue. Walnuts contain melatonin which help with better sleep patterns.

read next post
Wake Up. Listen To The Silent Cries of Depressed Youth.
archives most recent
More from Beliefnet and our partners
previous posts