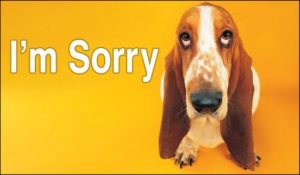 What is it with men and sorry? I have a male family member who has a really tough time saying, “I’m sorry.” Oh sure, he might feel sorry for saying or doing something. But to hear him say the actual words is a rare thing.

According to researchers at the University of Waterloo, a man won’t apologize because he really doesn’t believe he’s done anything wrong.

A man’s threshold of what it means to be wrong in an issue is way higher than what a woman thinks is the threshold. So while a woman might think an apology is needed, a guy honestly won’t believe it because he doesn’t think the offence threshold has been reached. Of course in a relationship the offence threshold is usually somewhere between the two ideas, and so it can get testy when a guy doesn’t realize he might just be wrong.

It’s hard for a guy to believe he’s done something wrong. Not that he can’t see the consequences or the damage. But to admit to being wrong can involve ego, learned behaviour, and macho attitude.

When a man feels he really owes an apology, he’ll be as forthcoming with apologies as any woman. Sometimes though a guy can be carrying emotional baggage about apologizing. It might be that as a kid growing up, he had to man up and say sorry so many times to other people, that as an adult he doesn’t ever want to say sorry again. Or maybe he had received the belt or had to wash his mouth with soap when he did something wrong.

Some guys don’t apologize because they are selfish or their ego won’t allow them to admit to being wrong. “I’m sorry” is humiliating and is a loss of face. It also feels like he is no longer the ‘hero’ to the person he loves because he is admitting to being wrong. Of course this type of thinking doesn’t help any relationship.

An apology doesn’t take away anything from being a man. It doesn’t reduce macho image. An apology can actually make a guy seem sexy because unlike rivals, he has the capacity to own a mistake and the strength to make it right. That’s real power.

Apologies really are amazing. They have the ability to heal wounds, validate feelings, reduce stress in a relationship, eliminate grudges, and create forgiveness. Forgiveness is the balm of heaven that lets you know you’re loved.

Everybody makes mistakes. That’s part of the human experience. Saying, “I’m sorry” is a nice way of clearing the air and making yourself seem human to others.

“I’m sorry” has to be sincere to work. Your actions have to follow the words. Often times whatever you’ve done wrong has caused some amount of hurt to someone. That person may have less trust in you or emotional wounds that can’t heal unless you apologize.

* Click here to find out about Terezia Farkas and Depression Help 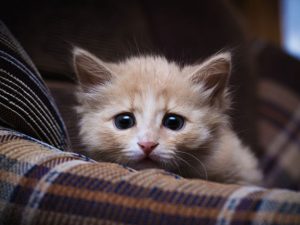