BroMatters is a project designed to help men suffering from depression. It’s about healthy minds for working men.

Men who suffer depression can find it especially difficult to identify, talk about and seek treatment for depression due to stigma and common stereotype-enforced views of masculinity.

It’s because of this that BroMatters was created. Dr. JianLi Wang, formerly a professor at the University of Calgary, Canada is leading BroMatters. BroMatters wants to help tackle issues around men’s mental health.

BroMatters’ goal is to improve early prevention of depression in men and the workplace. The target population are men who haven’t developed depression but are at a high risk for it. The hope is to stop depression from happening before it starts.

The first outcome BroMatters wants is to develop and test a tool that can be used to help deal with mental health problems men face.

The second is to develop an educational resource package based on real life challenges men deal with in the workplace.

The project is being carried out in three phases and is currently in phase II. Phase I of BroMatters involved development of an e-health tool. This was done through collection of survey data from both men at high and low risk of developing depression. This easy to access tool was developed as a supplementary support for men’s mental health. You can use this e-tool on your phone with modules on CBT which have ways to deal with daily life and workplace stresses.

Online tools are increasingly relevant for connecting people with their health. This one of the main reasons an e-health tool was chosen for BroMatters. An e-tool also helps with privacy and confidentiality since users can access the tool anywhere they are comfortable doing so, which is especially important for something as highly stigmatized as men’s mental health.

While there are several mental health apps available, many of these lack any evidence to show their effectiveness. To get around this issue and make sure that the e-health tool developed in phase I works, Dr. Wang is currently conducting a randomized controlled trial (RCT) which is phase II of BroMatters. A RCT is considered the gold standard of evidence to show that a therapy works and will help gauge the effectiveness of the BroMatters’ e-health tool.

The RCT study will help determine the cost effectiveness of the program and collect user feedback for continued improvement. The tool will be considered effective based on several measures including changes in depression risk and influences on work related concerns like absenteeism.

The study is currently recruiting participants across Canada and looking for at risk working men over the age of 18 (see below to learn more).

If you want to learn more about BroMatters you can check them out on Facebook, Twitter and online. To stay in touch with the project’s progress or learn how you can get involved, take a look at their site, it’s full of good resources.

Another great project of Dr. Wang’s is the Predicting Depression – Risk Assessment Calculator. This online tool helps people identify their risk of developing depression and was used to help find at risk men for the BroMatters project. While this tool does not replace speaking with a medical professional it can provide some useful information and you can find it for free on the University of Calgary Mathison Centre’s website. 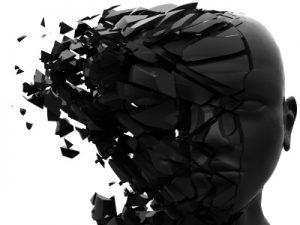