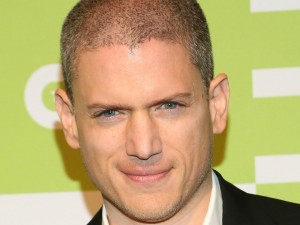 Wentworth Miller, the American actor who plays Cpt. Cold in DC’s Legends Of Tomorrow, was body shamed on Monday by The LAD Bible, a Facebook group. It shows a picture of Miller’s days on Prison Break, side by side with a paparazzi photo of a larger body and shape. Body shaming is bullying. But add in the fact that Wentworth Miller has talked openly and regularly about his depression and his attempted suicides as a teenager, makes what happened more repulsive. Wentworth Miller once said: “When someone asked me if that was a cry for help, I said no, because I told no one. You only cry for help if you believe there’s help to cry for.”

So The LAD Bible thought it was funny or maybe it was seeking more publicity when it decided to body shame. Forget the silent suffering Miller went through at the time. Or the pain and suffering he endured from depression. Yes, we need to change attitudes and not body shame. But we also need to be aware that not everyone who is smiling is happy.

In response to the body shaming, Wentworth Miller posted an essay on Facebook.  It perfectly captures what you feel like when you’re depressed. You have to read it yourself below to do justice to the beauty of his words. 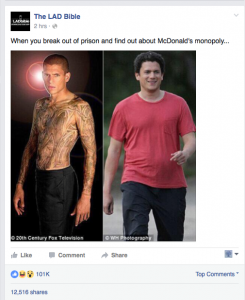 “Today I found myself the subject of an Internet meme. Not for the first time.

This one, however, stands out from the rest.

In 2010, semi-retired from acting, I was keeping a low-profile for a number of reasons.

First and foremost, I was suicidal.

This is a subject I’ve since written about, spoken about, shared about.

But at the time I suffered in silence. As so many do. The extent of my struggle known to very, very few.

Ashamed and in pain, I considered myself damaged goods. And the voices in my head urged me down the path to self-destruction. Not for the first time.

I’ve struggled with depression since childhood. It’s a battle that’s cost me time, opportunities, relationships, and a thousand sleepless nights.

In 2010, at the lowest point in my adult life, I was looking everywhere for relief/comfort/distraction. And I turned to food. It could have been anything. Drugs. Alcohol. Sex. But eating became the one thing I could look forward to. Count on to get me through. There were stretches when the highlight of my week was a favorite meal and a new episode of TOP CHEF. Sometimes that was enough. Had to be.

And I put on weight. Big f–king deal.

One day, out for a hike in Los Angeles with a friend, we crossed paths with a film crew shooting a reality show. Unbeknownst to me, paparazzi were circling. They took my picture, and the photos were published alongside images of me from another time in my career. “Hunk To Chunk.” “Fit To Flab.” Etc.

My mother has one of those “friends” who’s always the first to bring you bad news. They clipped one of these articles from a popular national magazine and mailed it to her. She called me, concerned.

In 2010, fighting for my mental health, it was the last thing I needed.

So do those pictures.

Now, when I see that image of me in my red t-shirt, a rare smile on my face, I am reminded of my struggle. My endurance and my perseverance in the face of all kinds of demons. Some within. Some without.

Like a dandelion up through the pavement, I persist.

The first time I saw this meme pop up in my social media feed, I have to admit, it hurt to breathe. But as with everything in life, I get to assign meaning. And the meaning I assign to this/my image is Strength. Healing. Forgiveness.

Of myself and others.

If you or someone you know is struggling, help is available. Reach out. Text. Send an email. Pick up the phone. Someone cares. They’re waiting to hear from you. Much love. – W.M. #koalas #inneractivist #prisonbroken 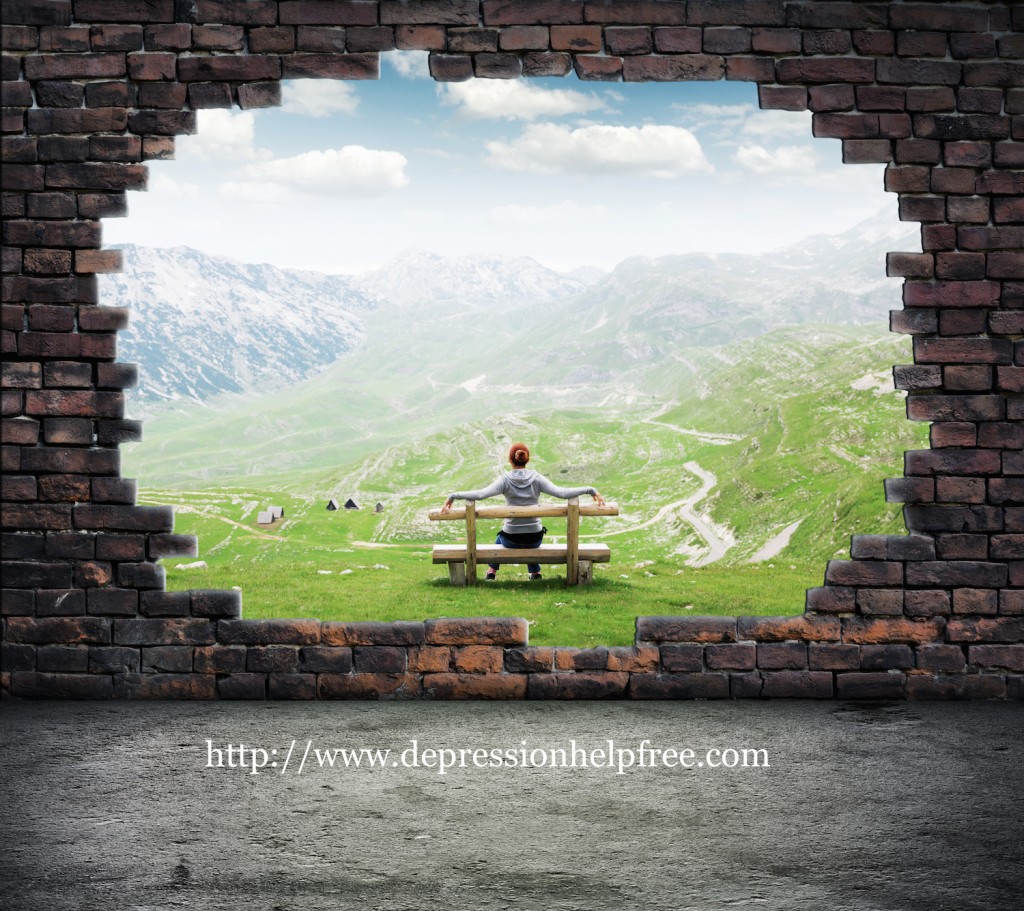