I believe being black with a mental illness is one of the hardest things to accept in the black community. Why? Because having a mental illness only means you’re crazy. That’s it. In my experience, there’s no room for understanding. There’s no acceptance. You’re classified as crazy and then you’re forgotten. How do I know? Because I have bipolar disorder, and for 11 years I refused to get help because I didn’t want my family and my peers to think I was crazy.

I had accomplished a lot when I was diagnosed. I was a college graduate, wife, mother of two small children, business owner and so much more. So I hid the fact that in 2004, I was told I had bipolar disorder. I was ashamed, embarrassed and angry that mental illness was threatening to tear apart my world. No one asked me if I was OK when I disappeared for months at a time and isolated myself from things. No one questioned when I’d go days without eating or sleeping. No one asked about why I would get aggressive or about any other of my erratic behaviours.

All I wanted was for someone to ask me how I was really doing. Do I need help with something? Am I OK? Anything. No one did. Instead, they just thought, “Oh, that’s how she is.” That label stuck with me as I ruined relationships, employment and business opportunities and other great blessings. I plowed through life like a bull in a china shop. But while I was losing my battle to be mentally stable, it seemed like no one cared. It’s as if black people didn’t have mental issues. We’re either crazy, cursed or no good.

No one bothered to ask me the right questions. No one considered that I might need help. No one asked, “You’re acting out. Do you need to go see a psychologist or a mental health counsellor?”

That’s the one question I wish someone had asked me. That question would have changed the course of my life. That question would have made me take a real look at my behaviour, and could have driven me to get the help I so desperately needed. Instead, it wasn’t until my primary doctor noticed something in me didn’t seem right that I finally saw a mental health counsellor. And even then, after I received my diagnosis, I refused to get treatment because when I told my husband and mother, they rejected the idea.

They didn’t know how much I needed to be asked, “What can we do to help you?” “Where can you get help?” “What does it mean to be bipolar?”

Those questions could have helped establish my support system. But I fought alone, trying to determine what was real and what my mind was twisting up. I experienced so much devastation because I was alone.

But I don’t blame them. I blame stigma. I blame societal ideations that I believe say only white people have mental illness. I blame the lack of education and the health disparities that still plague minority communities. These are the things that keep us from asking the questions to get help.

I finally started to get help in April of this year. I got tired of losing a battle with stigma. Now, I’m on the road to recovery. Now, I want others to know they can get the help they need. Now, I’m transparent and share my story because I suffered for so long in silence and denial.

Now, it’s my time to lead others into the light to make their tomorrow a better place to be. 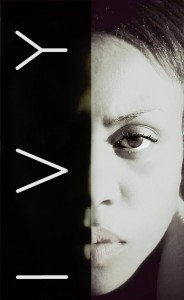 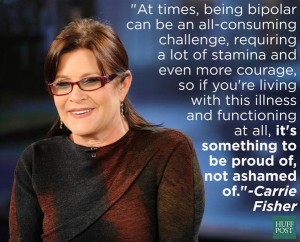