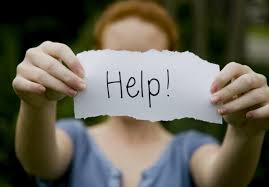 Erin Farkas (no relation) is a smart, articulate young woman with a simple goal. She wants to help other young people who are fighting depression. In 2014, Erin posted a Youtube video talking about her struggles with anxiety, depression, self-harm and bullying. “It’s taken me a long time to get the courage to do this, but knowing how much this may help people makes it worth it,” Erin states.

Erin was bullied throughout her school years. At first, wearing glasses and braces got Erin teased. The teasing quickly crossed the line into bullying about what she was wearing, how she’d talk, or how she’d walk. When puberty hit, the bullying became worse because Erin was physically more developed than her classmates. She developed anxiety and depression because, as Erin put it, “some vicious kids thought they could say or do whatever they wanted to people and get away with it.” Erin went from being a regular happy kid to being painfully shy.

Erin believes the bullies did it simply for entertainment because they were bored. “Kids can have it in their minds that they can say or do whatever they want to people and get away with it. Bullying isn’t bullying for some kids. It’s hazing which is okay. It’s your fault if you can’t handle it.”

Things got so bad for Erin, she started cutting herself. She hid how she felt so well that no one noticed her downward spiral, except for her mother who suspected something was bothering Erin. One day her mother walked in on Erin as she was cutting herself. Erin is grateful for that moment because it was the start of her getting help.

Depression is exhausting, debilitating, and makes you hate yourself. Every situation is different and there’s never any simple solution. But whatever crap depression tells you to think or do, there are people who love you and want to help. You won’t get over depression or anxiety in one day. You take it one day at a time. Depression doesn’t ever go away, but you’ll learn to cope with it. As Erin says, “You’ll appreciate things that others don’t. You’ll look at the world differently.” You’ll also learn not to be ashamed or embarrassed because once you’ve gone through the darkness, nothing can ever hurt you again so badly.

Erin doesn’t want to talk about all of her past because there are issues still affecting her today. But she’s at a point where she knows she can help others and that’s what matters most to her. 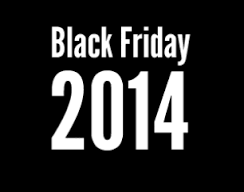 Black Friday: Stress and Chaos
archives most recent
More from Beliefnet and our partners
previous posts