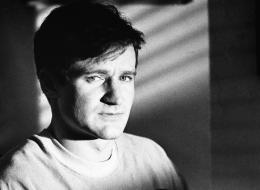 As we say farewell to Robin Williams, we should not be furious at him for committing suicide. There’s been a lot of tweets and other social media comments going around blaming Williams for not being emotionally stronger or choosing suicide as an easy way out. Before we start criticizing what Williams did, we should remember that Jesus tells us not to judge one another, but to leave it to God to judge our actions.

Suicide is never an easy way out of depression. Severely depressed people don’t just decide to commit suicide. They struggle daily to find a reason to go on living. Depressed people fight the darkness constantly, every moment of each day. Sometimes the battle overwhelms the person. Hope, love and faith are lost. The pain and hopelessness become so unbearable it seems nothing can make things better. That’s when the darkness quietly speaks of suicide and the person, exhausted and hopeless, starts to listen.

It is a fact that suicidal people will debate whether or not to commit suicide until the last possible second. That’s why some suicides aren’t successful. People back away from the decision to kill themselves. Other times, even if the person decides at the last moment to live, the choice has been taken out of their hands because of the method they chose to commit suicide.

I believe Robin Williams bravely fought the darkness up until the end of his life. He first tried slashing his wrist with a pocketknife. That only left superficial wounds. Maybe he was hoping someone would find him and rescue him. Hanging was his second choice. I don’t know what he was thinking when he made that decision, but his despair and pain must have been immense. I hope he’s found peace. Let us not mourn for the way Robin Williams died. Let us celebrate and rejoice in the life he led.

The death of someone who has committed suicide shouldn’t be looked upon as a failure or a waste of a life. That person should be remembered with respect and love for the life he/she lived. Remember the person for who he/she was and not the illness that ravaged the soul. Depression is just an illness, a terrible burden that he or she could not go past. It never defined your loved one.