An unusual project in Switzerland reported some news this week:

An unwanted baby has been left at a hospital in Einsiedeln. The foundling is the sixth in the nearly ten-year history of the baby window, which is unique in Switzerland. 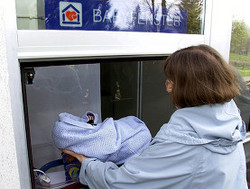 While the central Swiss abbey town was in the final throes of its annual Christmas market on Sunday, somebody placed a healthy newborn girl in the special hatch built into the hospital wall.

The delivery was made during daylight hours – at 11.45am -, the hospital announced on Monday. The baby has been appointed a legal guardian and given a name. She will remain in hospital for a few days before being placed in foster care.

The baby box is a joint project of Einsiedeln Regional Hospital and Swiss Aid for Mother and Child (SAMC), a pro-life organisation. It was opened on May 9, 2001, as a service to women who either cannot or do not want to keep their babies – and wish to give them away anonymously.

“The baby window is there to help prevent child abandonment and infanticide. If a woman places her newborn in the hatch, she is not punishable by law. However, if she abandons the baby, she could face up to five years’ imprisonment,” SAMC spokesman Dominik Müggler told swissinfo.ch.

For the first year and a half, the box remained untouched; then the first child – a newborn boy – was deposited there in September 2002. The baby dropped off on Sunday was the second in 2010.

Integrated into the outer wall of the hospital, the hatch opens to allow a baby to be placed in a small crib. Once the baby is settled, the mother closes the window – which then locks to prevent any passers-by from removing the child.

After three minutes, a silent alarm goes off inside the hospital to alert the staff to the baby’s presence. That gives the mother enough time to leave the hospital grounds if she is wary of being seen and identified.

However, the mother or father has the right to reclaim the child before it is adopted, a process which takes at least a year. A “dear mother” letter, printed in ten languages and found in the baby hatch, aims to reassure the mother while encouraging her to get in touch with either the hospital or the foundation.

“We regret, however, that the women don’t come to us before the birth so we can give them the needed assistance. That would be the better way, but we must respect their decisions,” Müggler said. 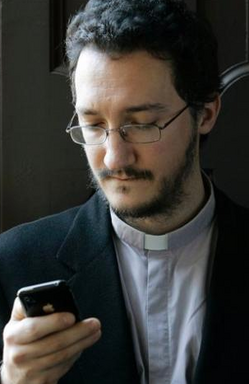 Looking for a church? There's an app for that
archives most recent
More from Beliefnet and our partners
previous posts