On exorcism: “We deal with angels and demons” 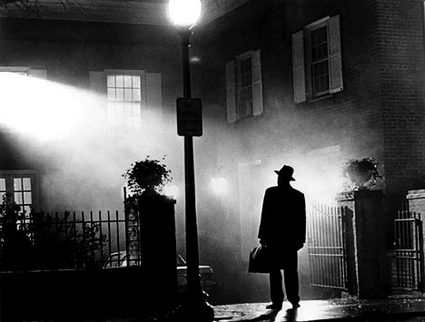 Exorcism is getting renewed attention by the Church — and even the New York Times is taking notice:

The rite of exorcism, rendered gory by Hollywood and ridiculed by many modern believers, has largely fallen out of favor in the Roman Catholic Church in the United States.

There are only a handful of priests in the country trained as exorcists, but they say they are overwhelmed with requests from people who fear they are possessed by the Devil.

Now, American bishops are holding a conference on Friday and Saturday to prepare more priests and bishops to respond to the demand. The purpose is not necessarily to revive the practice, the organizers say, but to help Catholic clergy members learn how to distinguish who really needs an exorcism from who really needs a psychiatrist, or perhaps some pastoral care.

“Not everyone who thinks they need an exorcism actually does need one,” said Bishop Thomas J. Paprocki of Springfield, Ill., who organized the conference. “It’s only used in those cases where the Devil is involved in an extraordinary sort of way in terms of actually being in possession of the person.

“But it’s rare, it’s extraordinary, so the use of exorcism is also rare and extraordinary,” he said. “But we have to be prepared.”

The closed-door conference is being held in Baltimore before the annual fall meeting of the nation’s bishops. Some Catholic commentators said they were puzzled why the bishops would bother with exorcisms in a year when they are facing a full plate of crises — from parish and school closings, to polls showing the loss of one of every three white baptized members, to the sexual abuse scandal flaring up again.

But to R. Scott Appleby, a professor of American Catholic history at the University of Notre Dame, the bishops’ timing makes perfect sense.

“What they’re trying to do in restoring exorcisms,” said Dr. Appleby, a longtime observer of the bishops, “is to strengthen and enhance what seems to be lost in the church, which is the sense that the church is not like any other institution. It is supernatural, and the key players in that are the hierarchy and the priests who can be given the faculties of exorcism.

“It’s a strategy for saying: ‘We are not the Federal Reserve, and we are not the World Council of Churches. We deal with angels and demons.’ ”

"They have been found worthy..."
archives most recent
More from Beliefnet and our partners
previous posts