You probably remember this story from last month, about a woman seeking a Christian roommate.

An American woman who placed an advert in her church for a Christian roommate has had a complaint against her dismissed.

The unnamed single woman from Michigan had been landed with a civil rights complaint for the advert and was facing a big fine.

But following intervention from a leading US religious liberty group, which had labelled the case “absurd”, the complaint against the 31-year-old woman was thrown out.

Joel Oster, from the Alliance Defense Fund legal group, welcomed the decision, saying it was right that the “frivolous complaint” had been dismissed.

“Anti-religious groups wanting to confine Christians and their beliefs within the four walls of their church or home cannot also invade those very walls by forcing their own ideas upon Christians through threats of severe punishment”, Mr Oster said.

ADF had written to the Michigan Department of Civil Rights calling for the case to be dismissed, saying neither federal nor state law prohibited the woman from seeking a Christian roommate.

In response the US Department of Housing and Urban Development dismissed the case, saying there was “no reasonable cause” for a civil rights complaint in this particular situation. 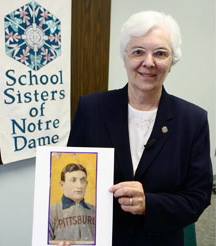