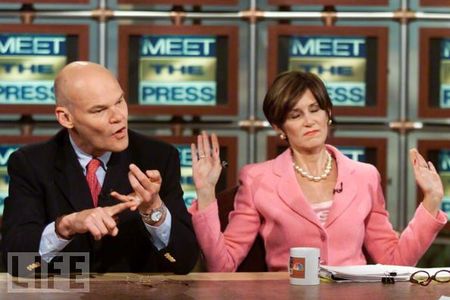 One of the more famous — or infamous — political duets will perform at one of the country’s premiere Catholic fundraisers, according to the Archdiocese of New York website:

Political consultants James Carville and Mary Matalin will be the guest speakers at the 65th Annual Alfred E. Smith Memorial Foundation Dinner on October 19, 2010 in the Grand Ballroom of the Waldorf-Astoria Hotel.

James Carville and Mary Matalin join the ranks of distinguished Smith Dinner speakers, including presidential candidates from Dwight D. Eisenhower through Barack Obama, who have shared non-partisan good humor as well as a timely message before an audience of civic, business, and social leaders.

His Excellency, Archbishop Timothy Dolan, will preside at the Dinner, dedicated to the memory of Al Smith, the former Governor of the State of New York who was the first Catholic to be nominated by a major political party to run for President of the United States. Although unsuccessful, historians maintain that the Governor’s presidential bid paved the way for the candidacy of President John F. Kennedy. Perpetuating Al Smith’s legacy and mission of serving “the little people,” the annual charity event and the Alfred E. Smith Memorial Foundation have raised millions to provide support for the sick, poor, and underprivileged children in Greater New York, regardless of their race, creed, or color.