A growing ministry: nuns get back to the earth

From Pennsylvania comes this story of a group of nuns who have made a thriving ministry from the good earth:

Standing in a field of cherry-red maize and ripening pumpkins, John Moreira spotted a large insect flying amid the cornstalks.

“See the praying mantis?” said Mr. Moreira, director of land management at Villa Maria, the motherhouse of the Sisters of the Humility of Mary in Lawrence County. Part of the Catholic sisters’ ministry is an organic farm, and the mantis will eat pests that eat crops.

“If we used pesticides, they would be the first to die. But they help us. They are part of our team,” he said.

The team is five paid farm workers, supported by an army of volunteers. They help the sisters accomplish their mission of feeding the poor and teaching how to live in harmony with God’s creation. At least half of the produce they grow is given to charity.

Villa Maria, which bridges the Pennsylvania-Ohio border, is a town with its own post office, a 300-acre farm and a 400-acre sustainably managed forest. Another 26 acres hold the convent, apartments for the elderly and a vast retreat-and-conference center with amenities ranging from an indoor pool to a 400-seat chapel. It was also the site of the first hospital the sisters founded after they arrived in 1864 and began using their knowledge of herbs to aid victims of smallpox.

“If you think of all the prayer and good works that have been done on this land, you can feel it,” said Juliane Arena, the marketing director for Villa Maria.

Farming and monasticism have been entwined for 1,500 years. In the sixth century. St. Benedict declared, “[T]hey are truly monks if they live by the labor of their hands.”

But the Sisters of the Humility of Mary never farmed in France, where they were founded a decade before emigrating in 1864.

“They knew how to do things like make lace and teach music,” said Sister Joanne Gardner, the archivist and director of communications. Their mission was to educate girls from French villages. But when a missionary priest begged for a few sisters to teach French settlers in the Ohio wilderness, the entire community of 11 sisters responded. 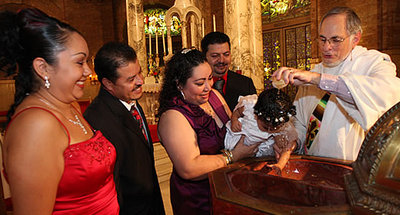 One parish, 600 baptisms a year
archives most recent
More from Beliefnet and our partners
previous posts