“Do not leave our priests alone at the altar”

A priest friend in Ireland alerted me to this — and it’s worth reading and praying over, for it reveals a side of the priesthood many of us never hear about.

From the Irish Times:

The Italian alpine village of Villaretto was drowsing under its blanket of snow when, on January 26th, 1985, the parish priest hanged himself, just before the Saturday evening Mass. He left three farewell letters, one addressed to the altar servers. It read: “Be more friendly and generous with your next priest: do not leave him alone at the altar.”

Those words have haunted me for years, for we do leave our priests alone at the altar and the loneliness of many a priest is a crucifixion.

I know, for I once was one. I left and am no longer lonely, but many truly heroic men have stayed and live their crucifixion daily, a far worse one than I ever had to endure.

The loneliness of many priests today is infinitely crueller than anything I experienced 30 years ago. Just to give one example: last month a priest friend of mine in Dublin was talking to a boy after Sunday Mass, when the boy’s father came up to him and said: “Father, I’d rather you stayed away from my son.”

The tiny handful of evil-doers among the clergy, along with the incredibly crass, self-protecting decisions of church leaders, all the way up to the Vatican, have made life hell for many priests.

Have you noticed how few black suits and Roman collars you see on the streets today? Understandably, for no one wants to be spat at and there are some among the public who would just do that.

“Many priests I know are currently short of hope,” writes Fr Tom McCarthy OP in Religious Life Review . “I have spoken with some, still active in ministry, who describe the situation in which they find themselves as ‘hopeless’. Yes, they frequently say Mass and hear confessions just occasionally, but they speak of being aware something is badly broken in the church. And they are not sure it can be fixed.”

Check out the rest. And pray for priests. 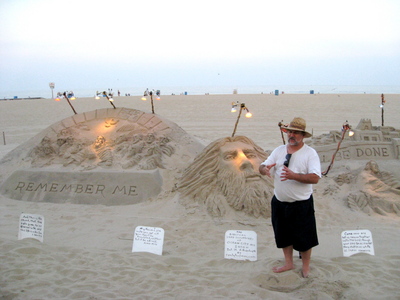