Did you hear the one about the funny deacon?

Well, check out this item, about author and humorist Deacon Tom Sheridan: 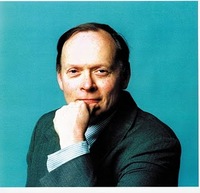 A priest, a rabbi and a minister walk into a bar. And the bartender says, “What is this, a joke?”

Yes, it is just a joke — and it’s OK to laugh a little. At least that’s what Tom Sheridan believes.

Sheridan is the author of “The Second Book of Catholic Jokes: And Other Godly Humor,” a recently released second edition that offers more lighthearted tales related to the Roman Catholic faith in the same playful style as the first book.

Sheridan, 66, is retired and living in Florida, but he spent nearly 35 years in Chicago working for the Chicago Sun-Times, followed by a stint as editor and general manager of publications for the Archdiocese of Chicago. Now, he has set out to ensure that people are using their “God-given talent of laughter.”

“I think that in some cases religion is a little too important to be taken so seriously sometimes,” he said. “There’s a lot of great jokes out there and lot of them lend themselves to being viewed through the lens of faith. We need to learn to laugh at each other and laugh at ourselves a little bit more.”

With the problems the Catholic Church faces, he said, now is a time in which some humor could be good for people. “Sometimes we forget that humor is an engine of hope,” said Sheridan, who also is a deacon in the Church.

So, was Jesus a funny guy? “I think he had to have a sense of humor to put up with some of the people he dealt with,” Sheridan said, noting that Jesus’ parables also contained many elements of humor.

You can read more at the link — including some funny samples from Deacon Sheridan’s book. Enjoy!

read next post
A good reporter, a good man
archives most recent
More from Beliefnet and our partners
previous posts