Becoming a priest in time of scandal

It isn’t easy to tell people these days you’re going to be a priest.

But that doesn’t seem to have dampened the zeal of men at a seminary in Rome, according to the BBC:

It seems, despite a scandal that has been building for years, that there are many who still receive the calling.

Like the builder, estate agent and the teacher who have all signed up to the Pontifical Beda College in Rome, one of many seminaries to open their doors to those who believe they have a priestly vocation.

They are all at various stages of their training, or formation, as it is called.

John McHugh, from New South Wales in Australia, is coming to the end of his four years of formation and will be the first of the three to be ordained.

“The abuse scandal is a tragic betrayal,” he says. “I am so disappointed because just a few priests have created this tragedy”. 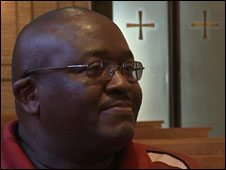 “Some of us in the Church have been dysfunctional and it is very sad,” he says. “But I am still convinced this is the life for me.”

Anthony Wood, from Argyllshire in Scotland, says the Church has been “tarnished” by the sex abuse cases.

“But strangely,” he says, “this has confirmed my calling, as I now know God wants me to serve even more, despite the scandal.”

The college, founded in 1852, has seen an increase in numbers this year.

Twenty-one men have joined, when normally the intake would be anywhere between eight and 15.

Other seminaries in Rome have reported similar rises.

Official figures, just released by the Vatican, have shown a worldwide increase in the number of priests over the past decade of just less than 1%, though the numbers of priests in Europe has dropped by about 7%.

At the Pontifical Beda College, formation is about spiritual, intellectual and biblical instruction.

Mornings consist of lectures. When we were there, the philosopher John Locke was being discussed.

Afternoons can be less structured, with some set aside for contemplation.

Evenings are spent in the college bar, playing pool or watching TV.

The Pontifical Beda specialises in people with late vocations, so the atmosphere is one of a senior common room at a well-heeled Oxford or Cambridge college.

Open-neck shirts – not dog collars – are the signature dress style of the seminarians. 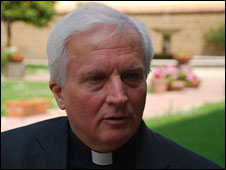 For the past 12 years, the college has been run by Monsignor Roderick Strange, a genial, thoughtful, rector who has made the study of the theologian Cardinal John Henry Newman one of his life’s works.

But when it comes to the abuse, he sets aside his academic pursuits to spell out his sense of disgust.

“It sometimes feels like I have been sucked into a swamp by this scandal,” he says. “Terrible things have been done and it has been a tide of emotion.”

Monsignor Strange says priests now go through careful selection before being admitted. They are questioned about their sexuality and, once accepted, take part in courses by child care experts and others.

“We’ve had such safeguards for about a decade,” says Monsignor Strange, “but it’s just part of a wider process of formation.”

Take a look at the rest at the link.

How do you fit 10 days of clothes in one carry on?
archives most recent
More from Beliefnet and our partners
previous posts