The astonishing memo that helped change the church 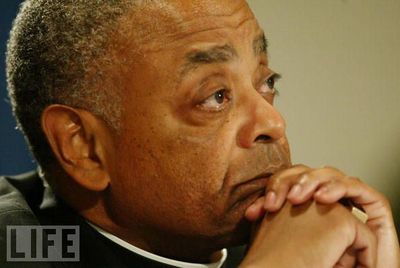 It was addressed to “Wilton” — then-Bishop Wilton Gregory, President of the USCCB — in early 2002 and was written by his chancellor.  It is only now seeing the light of day.

First, the story behind it, from the St. Louis Beacon:

From November 2001, when Bishop Wilton Gregory was elected president of the U.S. Conference of Catholic Bishops, he was known as a good listener. At the time, he was the shepherd of the small 107,425-member Belleville Catholic diocese. He had served in Belleville since 1994 when Pope John Paul II had dispatched him to clean up a sex abuse cesspool involving 10 percent of the Belleville diocese’s priests.

Today the Beacon is making public a 10-page memo, a cry from the heart, read aloud to Gregory on Feb. 22, 2002, by a Catholic father of three children.

This influential document laid out ideas that evolved into the church’s wider protection policy; it has never been publicly acknowledged or published. Its author is David R. Spotanski, 47, the Belleville chancellor for all matters except canonical issues that require an ordained priest. Before he worked in Belleville, Spotanski had worked for the St. Louis archdiocese.

In January 2002, Spotanski felt he had a special role as a father of three to help his boss lead the church and its children to safety.

The memo “served as a very important touchstone for me,” Gregory, 62, now the archbishop of Atlanta’s archdiocese, told the Beacon Monday in a phone interview. “I learned from David. I have had a world of respect for David Spotanski from the day we started working together. I think he is a great man with a great heart. He spoke to me on two different levels: as someone on my staff that I depended on but also as a father.”

The memo is a stunner. An excerpt:

You went out on a limb, Wilton, as Bishop O’Donnell had in the Archdiocese of St. Louis before you, when you placed a lay person in a traditionally clerical job, I went out on a limb when I accepted it. I have happily tagged along as you’ve restored faith, hope and pride in the traumatized families of the Diocese of Belleville, and I never balk at an opportunity to share with people that you exude the same pastoral presence away from the crowds and the cameras as you do before them. For whatever reason I have found myself in a special place at a unique and difficult time in the Church, and I do not take that lightly. I have been blessed with the freedom (and, I believe, the obligation) to share daily with the President of the United States Conference of Catholic Bishops a perspective to which he cannot relate. I can speak as a parent.

You gotta read the rest. It’s a pdf at this link.

Deacon, will you bless me?
archives most recent
More from Beliefnet and our partners
previous posts