Grim tidings this morning in the New York Post (does that paper have any other kind of tidings, by the way?) on the state of Catholic schools in New York City:

In the Archdiocese of New York – which operates schools in Manhattan, Staten Island, The Bronx and northern suburbs – enrollment at elementary and high schools dropped by nearly 6,000 students in one year, to 88,273, officials said.

Diocese of Brooklyn elementary schools in Brooklyn and Queens saw a drop of about 5 percent to 36,000 students.

Figures for Brooklyn diocese high schools were not immediately available.

“We see this as a crisis not just for Catholic education but for public education,” said Dennis Poust, a spokesman for the New York State Catholic Conference.

“As our schools close, these kids are generally going to end up in the public school system.”

The archdiocese is developing a plan to make sure Catholic school remains affordable to low- and middle-class families.

The Brooklyn diocese is also working on a plan – but warned it could lead to further closures or consolidations.

“I would assume there will probably be a closure or closures, but I can’t say that definitively until we’ve seen the data,” said diocese spokesman Father Kieran Harrington.

“Our biggest concern is making sure our school system stays strong.”

More than 1,300 Catholic schools nationwide have closed since 1990, according to a recent report.

In my own Diocese of Brooklyn, an ambitious effort is underway to study and reconfigure the Catholic school system. Titled “Preserving the Vision,” it has been prominently touted by the bishop, and was even the subject of an unprecedented webcast by one of the auxiliary bishops, who has also spoken out about the initiative, in an effort to reassure anxious parents and teachers.

As the Post article indicates, New York City is just the tip of the iceberg. Thousands of schools around the country are imperiled. Especially now, with the economy in a serious and probably prolonged downturn.

Maybe my own Bishop Nicholas DiMarzio put it best: pray for our schools:

If the mission of Catholic education is given by the Lord, then the Lord is ready to guide us on the paths of His choosing, in order to ensure that the mission endures. For many in business and politics, planning means achieving a workable compromise; they begin their work by admitting the challenges before them, identifying strategies to meet those challenges. They discuss concessions that they can live with and eventually create a final “compromise.” For our planning purposes, such a methodology will not work. It forgets one basic fact: the mission of Catholic education is the Lord’s. Our planning is not about compromising among ourselves, but rather discerning what the Lord expects from us all. 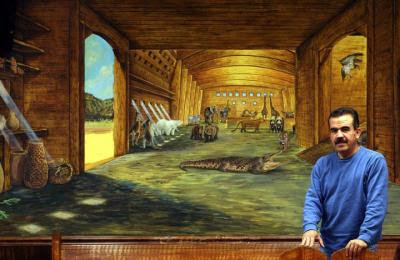