Looking for vocations in the military

The Archdiocese of St. Louis has a high-profile priest (who is also the son of a deacon) who is planning to do a little field work in the months ahead.

But his field will be an airfield.

This comes to us from St. Louis Review: 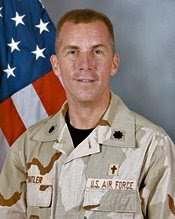 Former vocations director Father Michael T. Butler may be answering the call of the military, but while serving he plans to do a little calling of his own, too.

After about 14 years with the archdiocesan Office of Vocations — 11 of those years as director — the St. Louis native was released from duty this June by Archbishop Raymond L. Burke to serve with the Archdiocese for the Military Services, USA.

The military, he says, is ripe for vocations. His new assignment “will be a good opportunity for me to challenge our young people in the military to think about serving as priests and religious.”

In his new position, he will assist his commander in the training of chaplains and chaplain assistants.

“I’m going to be mentoring chaplains to make sure they’re doing their job,” he said.

The post of military chaplain is not an unfamiliar one for him. In 1990, only one year after being ordained by Archbishop John L. May, Father Butler was permitted to serve as chaplain for the 131st Fighter Wing of the Missouri Air National Guard. The unit is based at Lambert-St. Louis International Airport.

Since then the 46-year-old has been on active duty about two months out of every year. The first time he was sent overseas was 10 days after the attack on the World Trade Center Sept. 11, 2001. He now has seven trips abroad under his belt as chaplain with the National Guard. Several of his assignments have taken him to the Middle East. He also has comforted U.S. soldiers at a military hospital in Landstuhl, Germany, where the seriously wounded from Afghanistan and Iraq are taken.

Father Butler in an interview last week said that each time he has been deployed, he has made it a point to talk to young people about a vocation.

“And it’s amazing how many of them really do think about it,” he said. For example, one young man he spoke with attended the archbishop’s retreat at Kenrick-Glennon Seminary last year, while another has just entered the seminary. “So I do know there are guys who have really thought about it, and I’ve encouraged them. I know there are vocations out there, too, even in the military.”

Among his accomplishments with the Office of Vocations, Father Butler was instrumental in starting the annual archbishop’s retreat and the various vocation camps at the seminary. But what he is most proud of is his work in helping young men and women discern what God has called them to do.

Said the priest, “I hope that’s the legacy more than anything, that I’ve hopefully made a difference in their lives.” He expects his work to continue to grow and prosper under the capable leadership of new directer Father Edward M. Rice.

On loan to the Military Archdiocese initially for three years, Father Butler said his assignment could be extended. He hopes to return to St. Louis to serve again as a priest, but doesn’t know when.

“A lot depends on the future archbishop and the military and myself,” he said.

He leaves behind his parents, Deacon James Russell (Russ) and Betty Butler, a sister, two brothers, and lots of nieces and nephews. They are all supportive of his efforts, he said, because they understand his calling as a priest and know the military needs him desperately. 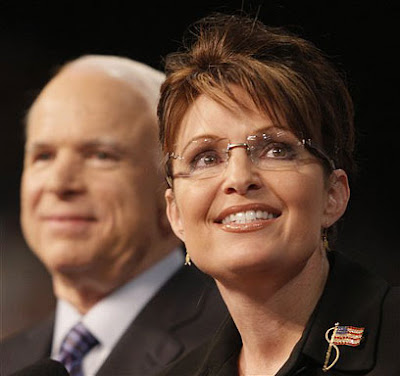