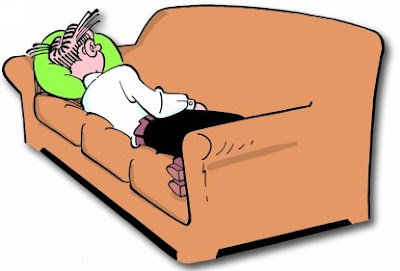 Periodically, people ask me what my Sunday is like. It varies week to week, but most of the time it has this common theme: it’s not a day of rest.

This weekend was a little different, because it was a long holiday weekend, which meant masses were less crowded and one of our priests was on vacation. I also ended up preaching at three of the five masses, which is highly unusual.

4:45 – Arrived for 5 pm vigil mass. Looked over the gospel and the Prayers of the Faithful, to see what strange and hard-to-pronounce names might be listed among the deceased. Checked with the music director about singing the trope for the Penitential Rite (“Lord have mercy…”). Dragged my chair out of the sacristy, to place next to the Presider’s in the sanctuary. Since I have two dalmatics to use in Ordinary Time, I picked out the one in the shade of green that most closely matched the priest’s. Celebrant was Fr. Jan, from the Czech Republic. I wasn’t scheduled to preach, but earlier in the week I offered my services to him for his two masses, the 5 Saturday and 8:30 Sunday. He was happy to accept. At 5, none of the scheduled altar servers had shown up, so I also ended up being the altar boy, too. I assisted Fr. Jan and preached. After mass, as I’m leaving, I bumped into my pastor who asked me if I’d like to do my homily again for him at the 10. “Sure,” I said. “I’ll be here anyway for the 8:30. It’ll be a double-header.”

8:15 – Arrived for the 8:30 mass. I assisted and preached for Fr. Jan, and then the did the same at the 10 for my pastor. After finishing the 10, I went into the rectory for a cup of coffee and found Msgr. Dempsey, one of our priests, and Msgr. O’Toole, a visitor from Florida (and, so help me, a dead ringer for Barry Fitzgerald) dividing up the Sunday Times at the kitchen table. “Good mornings” all around. We were soon joined by Fr. Jan, who couldn’t get over the fact that the communion meditation music was a Bach sonata heard in the movie “Meet Joe Black.” This led to a discussion of the thespian abilities of Anthony Hopkins and Brad Pitt. Msgr. O’Toole was celebrating the 11:30, so after some trenchant analysis about tennis and the U.S Open (about which I know nothing) and New York weather, we headed into the sacristy.

The scheduled lector didn’t show up. I scanned the half-empty church for a substitute. No luck. Once again, I tossed on my dalmatic and headed out to assist Msgr. O’Toole. After that, I hung out in the sacristy during the final mass, which began at 1 pm. My wife always attends the 1 on Sundays, so I caught up with her after mass and we walked home together. Once home, I checked the blog for comments or e-mails, then dragged myself into the bedroom for a long nap.

And that was my Sunday.

I’m glad that I’m off on Monday.

Most of my Sundays actually start later. I usually have breakfast with my wife, then leave home around 10:15, to walk the eight blocks to church. I arrive at the parish in time to help with communion at the 10. Then I stay until 2. (N.B. Since priests and deacons are the ordinary ministers of communion, my pastor insists that we all help with communion at the weekend masses. We typically have four communion stations, with three priests and me. The EMHCs primarily serve as ministers of the cup.) We all rotate the baptism assignments, too, so every third month I have baptisms or baptism instruction at 2:30 on Sunday. And once in a while, I’m also enlisted to do a Sunday wake. The day can get to be very long.