If you are to retire soon, you may want to reconsider.

The Max Planck Society for the Advancement of Science in Germany analyzed data that suggests early retirement is not always ideal. The research found that those who postpone their retirement tend to boast stronger cognition and thinking skills. Researchers concluded those who stayed in their respective fields until at least 67 were able to keep their brains sharp and intuitive. When you retire too early, you could put your brain at risk of cognitive decline, leading to impairment or even Alzheimer’s disease.

The data consisted of 20,000 Americans of different genders, careers and education history. Participants were between 55 and 75 and worked between 1996 and 2004.

So, even if you are in your early 60s and ready to retire but can’t due to financial reasons, it’s not the end of the world. Continuing with an activity that requires more mental involvement could be beneficial after all!

A cognitive benefit of delaying retirement is an increased ability to think more deeply about new ideas, creating new solutions for problems. It makes it easier to stay up-to-date with technology or recent innovations in your industry if you are still working!

The concluded findings are crucial to helping reduce the dementia rates in adults, which continue to rise. There are 55 million adults across the globe who struggle with dementia, and 70 percent of that group has Alzheimer’s. There is currently no cure known for Alzheimer’s, which could contribute to these numbers doubling or tripling in the future. The numbers are projecting to reach well over 100 million in 2050.

Putting off retirement doesn’t just keep your brain sharp. It can have effects on your physical health as well. Numerous studies have been conducted over the years that found some pretty interesting facts.

The even scarier fact is that Alzheimer’s disease is the sixth leading cause of death in the United States. It ranks behind heart disease, cancer, accidents, chronic respiratory diseases and strokes. So reducing the risk of developing Alzheimer’s could potentially prolong your life.

It is vital to pay attention to your cognitive abilities and always look for signs of decline, which include the following.

It’s hard to differentiate between natural aging and severe medical diseases, though. It’s best to seek professional help if you believe your day-to-day functions are slipping. Paying attention to your health and cognitive wellness is extremely important regardless of your age, occupation or previous work experience.

Some of the most common conditions linked to cognitive decline include, but are not limited to have:

So when it comes to retiring, it is a big deal. It’s not just about having fun and doing things you enjoy. It’s about maintaining a high quality of life which should always be your priority. 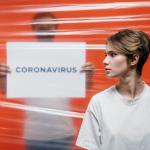