You may want to think twice before cutting potatoes out of your diet. A recent study from Purdue concluded that increasing your potassium intake, specifically from baked or boiled potatoes, helped reduce the amount of sodium your body retained.

Researchers also found that when a person consumed more potatoes, they could see a higher drop in blood pressure versus when the participant took potassium supplements.

Potatoes have been a part of the American diet since the 1700s and today’s American consumes an estimated 121 pounds of potatoes annually.

The researchers also found that having a 330-calorie serving of French fries in a standard diet had no adverse effect on blood pressure levels or a personals blood vessel function.

Before the Purdue study, there had been little to no research for the impact potassium had on blood pressure. This study proved to be groundbreaking as it tossed many misbeliefs right out the window.

“Potassium plays just as an important role, and perhaps the ratio of potassium to sodium is most important in the context of the entire food matrix, as the potato meal resulted in a greater reduction of sodium retention than the potassium supplement alone.” Said primary researcher, Connie Weaver, Ph.D.

Potatoes account for nearly 20 percent of the vegetable intake for Americans. That may seem like a lot, but researchers said Americans are not eating enough to reach the daily potassium need. Consuming one medium-size potato will provide a person with 10 percent of those potassium needs.

The study had 30 volunteers, which were separated into four groups for 16 days. One group was given a controlled diet of 2,300 mg of potassium every day.

The remaining three groups were given the following choices in addition to their diet.

“All clinical studies are faced with limitations; however, despite those found in this study, the rigor of the study design is strong and unlike any other studies that have investigated the effect of a whole food – and potassium – on high blood pressure,” Weaver concludes. “Through our carefully controlled balance study, we could determine the mechanism by which potatoes reduced blood pressure. Overall, we concluded that boiled or baked potatoes could help reduce systolic blood pressure – and baked French fries have no adverse effects on blood pressure and can be included as part of an overall healthy diet.”

The findings were published in the Nutrients Journal earlier this year and funded by the Alliance for Potato Research and Education.

Potatoes are currently the world’s 4th food staple trailing behind wheat, corn and rice. We will likely see them move ahead in rank if further research proves how beneficial they are. 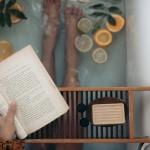 With so much fear and uncertainty during these unprecedented times, disagreements are unfortunately inevitable.