The American Cancer Society (ACS) recently updated its guidelines on preventing cancer, and its recommendations offer few surprises. Basically, current research confirms what we’ve known for decades— a healthy lifestyle (at least moderate amounts of exercise and a nutritious diet) is cancer-protective. When it comes to eating, the ACS recommends ditching sugar-sweetened beverages, highly processed foods, and refined grain products and eating a rainbow of fruits and vegetables, along with plenty of whole grains, beans, lentils, nuts, and seeds. Their research also supports limiting consumption of red and processed meats, as well as alcohol. And in case you were away that day, please don’t smoke.

While these messages have been sounding loud and clear for some time, thanks to the relatively new science of epigenetics, we’re gaining insight into their biological underpinnings. Today scientists agree that in humans, alterations to the epigenome are a hallmark of all types of cancer.

The epigenome is the network of compounds surrounding your genes. Although your genes are fixed, your epigenome isn’t; it reacts to the environment by altering how your genes express themselves. These changes may affect whether you develop cancer.

Not surprisingly, diet impacts genes expression (the focus of the emerging science of nutri-epigenomics.) Although genetic variants (SNPs) determine your response to nutrients, many dietary compounds can regulate epigenetic responses. Understanding how foods modulate your epigenome can help in the fight against cancer. Here’s some of what we know so far.

It’s common knowledge that eating an abundance of cruciferous vegetables such as broccoli, Brussels sprouts, cabbage, and kale, may help to reduce your risk of cancer. These vegetables work their magic, in part, thanks to sulforaphane. This compound enhances the expression of genes that can inhibit the growth of cancer cells. It has also been shown to kill certain cancerous cells.

Carotenoids (beta-carotene is the best-known) are found in red, green, orange, and yellow fruits and vegetables. Research shows that the more of these compounds you consume, the less likely you are to develop cancer. As a group, carotenoids protect against cancer; however, specific carotenoids work their magic in different ways. Some stimulate the expression of cancer-fighting genes, while others have been shown to destroy cancer cells.

Numerous studies have linked the consumption of whole grains with a significant reduction in the risk of developing colorectal cancer. Scientists are studying substances that beneficial gut bacteria produce when they digest foods like whole grains. One, the short-chain fatty acid butyrate, appears to protect against colorectal cancer. While we don’t fully understand how it works, we do know it affects the activity of certain genes that may be cancer-protective.

Make a Meal of Beans.

Isoflavones are compounds (found primarily in soy and fava beans) with anticancer properties. Genistein, the most studied of this family, is a phytoestrogen that protects against many forms of cancer, in part because it positively affects certain epigenetic processes. In some circumstances, it can even reactivate tumor-suppressor genes. A common misconception is that genistein may promote breast cancer, but research indicates that timing is involved. When genistein is part of a long-time dietary approach, it protects against the disease, but it may have the opposite effect if introduced after cancer develops.

The new ACS guidelines recommend consuming 1.5 to 2 cups of whole fruit a day. Certain fruits (and some nuts) are high in phytonutrients known as catechins. These substances have been shown to inhibit growth of cancer cells by influencing the expression of certain genes.

In terms of cancer protection, the most effective catechin appears to be epigallocatechin gallate ( EGCG), which has been shown to protect against a number of cancers by improving gene expression. However, as noted, genetic differences can play a role in gene expression. Green tea is particularly high in EGCG, but whether the beverage is cancer-protective may depend upon your genotype. For instance, one study showed that women with the high-activity SNP of the ACE gene lowered their risk of breast cancer if they drank green tea regularly. However, drinking green tea did not reduce breast cancer risk in women with low ACE activity.

Although research is showing that diet influences gene behavior, for the most part, we are still a long way from nutritional therapies to treat specific conditions. In the meantime, following the ACS guidelines will help to keep cancer at bay by lending your genes a helping hand.

Judith Finlayson is the author of You Are What Your Grandparents Ate: What You Need to Know About Nutrition, Experience, Epigenetics, and the Origins of Chronic Disease. Visit her at www.judithfinlayson.com. 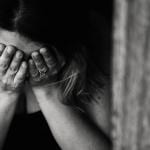 Has the Pandemic Turned You Into a Chronic Worrier?
archives most recent
More from Beliefnet and our partners
previous posts

With so much fear and uncertainty during these unprecedented times, disagreements are unfortunately inevitable.