There has been a growing consensus in the medical community that staying active is the best way for seniors to live a longer and happier life. Staying active lowers risk of heart disease, strokes, and even some types of cancers. It can also improve mental health and a persons ability to think, learn and make decisions. Two studies revealed that even simple, leisurely activities like walking decreased the risk of death to people in their golden years. 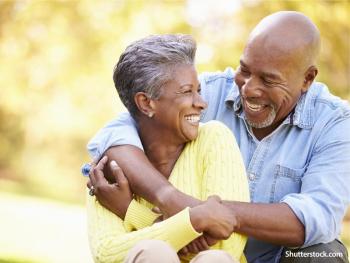 How much physical activity do older adults need?

Researchers found that older adults were 67 percent less likely to die of any cause if they incorporated a minimum of 150 minutes of physical activity each week. It was suggested that it was important for physical activity be moderated to suit capabilities and be pleasurable, keeping in mind of any preexisting health concerns. While there may be concerns with seniors exercising, the benefits of maintaining an active lifestyle far outweigh the risks.

The first study included 1,262 people, with 54 percent being female. The participants wore an activity tracking device for at least 10 hours a day, for a minimum of four days a week.  Researchers found that 30 minutes of light activity such as household chores and walking were associated with a 20 percent lower risk of dying from any causes. Older adults who were inactive were associated with a 32 percent higher chance of dying from any cause.

The second study involved over 6,000 participants, with half of the women being either African American or Hispanic. Each woman was asked to wear a waist monitor that tracked their activity for seven days. Afterwards, their health outcomes were tracked for up to seven years.  The study found that women with an average age of 79 were 30 percent less likely to die from any cause if they were consistently walking 2,100 to 4,500 steps each day.

The lead author of the study, Andrea Z. Lacroix, said that there was little evidence that people needed to aim for 10,000 steps daily to get cardiovascular benefits from walking. “Our study showed that getting just over 4,500 steps per day is strongly

associated with reduced risk of dying from cardiovascular disease in older women.”

Technology has made it easier for people to measure how much they are moving. There are multiple wearable tracking devices on the market that will monitor how much and how often a person moves each day.  Staying active is important at any age but it becomes increasingly important with older age. An active lifestyle not only provides health benefits, but it promotes independence which is something that tends to diminish with age. 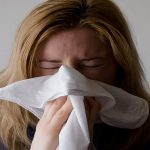 What’s the Difference Between Coronavirus and the Flu?
archives most recent
More from Beliefnet and our partners
previous posts

How Prayer Helps Your Mental Health

Make prayer a priority in your life, and you will be surprised at the difference it makes in your mental, physical, and spiritual health.

Googling Your Medical Symptoms Can Lead to an Accurate Diagnosis

Personal health and wellness are some of the most important aspects of life. When there is a strange sensation in or on the body, concern and curiosity follow suit. Doctors say the general rule of thumb is not to self-diagnose by searching the internet for associated symptoms. However, research studies claim that Googling symptoms can […]

Negative thinking and emotions are a natural human response to life stressors, but if prolonged, they can severely negatively impact your health.