This year has seen a rise in outbreaks from preventable diseases such as the measles, due to a newly found mistrust of vaccines.

A new survey is now digging deeper and finding that the country may be more split on the topic than originally had thought, with a whopping 45 percent of adults admitting to having some sort of doubt about the safety of such vaccines.

The survey was funded by the American Osteopathic Association and questioned 2,000 adults. The source of their suspicions came mostly from online articles (16 percent), distrust of the pharmaceutical industry (16 percent), and information from medical experts (12 percent).

The vast majority (80 percent), however, still saw vaccines as effective though despite their lingering concerns. While they might have doubts, they still support the use of vaccines in medical settings. Another eight percent said they had serious doubts, and nine percent said they were unsure.

Rachel Shmuts, who was the lead researcher for the study, believes the negative attitudes towards vaccines has become such a big phenomenon due to human psychology and further amplified by social media.

“From an evolutionary perspective, humans are primed to pay attention to threats or negative information,” Dr. Shmuts explains in a media release. “So it makes sense that people hold onto fears that vaccines are harmful, especially when they believe their children are in danger.”

“For some, it really might be that vaccines are viewed as the more salient threat,” says Shmuts.

Since vaccines have erased many of the once very deadly diseases, people are now fearing that the side effects of vaccines might be worse than the disease itself.

In general, people are very misinformed about vaccines which leads to this problem.

“Beliefs are hard to change especially when they’re based in fear,” adds osteopathic family physician Paul Ehrmann. “But, being responsible for our patients’ health and the public’s health, we can’t afford to give in to those fears. We must insist on evidence-based medicine.” 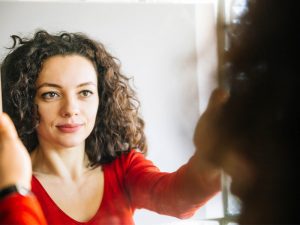