For those that want to shed pounds but hate spending time in the gym, there may be hope. A recent study by the British Journal of Sports Medicine found that using short burst of high intensity exercise was better at helping people lose weight than extended exercise at a moderate pace. Regular use of both methods led to results, but those who used the short burst method tended to have greater success.

Short, intense burst of exercise are normally achieved through what is known as interval training. In interval training, a person works at full capacity for a short period of time and then spends a noticeably longer period recovering. In cycling and running, this is called sprint training. Typically, a person goes all out for 30 seconds or, if running on a shorter distance track, one lap. This furious pace is then followed by a two to four minute or lap recovery period. The popular high intensity interval training (HIIT) method uses this sort of routine.

This is great news for those who are either low on motivation or time to get to the gym. They can commit to a short 20 to 30 minute workout rather than spending an hour plodding away on a treadmill. In addition, they will get the same or even better results.

Regardless of what kind of training a person does, consistency remains the most important factor to reaching weight or strength goals. Someone who loathes going to the gym will not have much more motivation to do a short interval workout than a long, moderately paced jog. So, those who want to get in shape need to find a form of exercise that they enjoy and make it a habit. This might mean getting up early to get in a workout before work or taking a gym hour instead of a lunch hour. It might mean swimming or taking a workout class rather than jogging around the neighborhood. No length or form of exercise will help someone who is a couch potato six days a week. Those that want results need to commit to forming a habit. Exercise may be one of the closest things to a miracle cure that exists, but to get the cure, people still need to be willing to take their sweaty medicine. 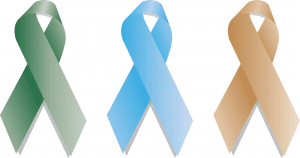