Millions of Parents Avoid the Flu Shot, and It Has Nothing to Do With Autism

Did you get the flu vaccine this year? Did your children? If you said no, you are far from the only one to skip out on the flu shot. Millions of parents in America skip having their child receive the flu shot, and the vast majority of them have no reservations about any other vaccine. These parents are not anti-vaxxers who buy into the scientifically debunked idea that vaccines cause autism. For parents who do not have their children receive the flu shot, autism and unscientific vaccine conspiracy theories have nothing to do with their decision. In fact, most parents skipping the flu shot do so for a much simpler reason. They do not think it prevents the flu.

Influenza outbreaks happen every year, and parents are always urged to take their children to get flu shots. Many parents refuse to do so because they either believe that the flu shot actually increases the likelihood of catching the flu or that the shot simply does not work. There is both truth and misinformation in both of these claims.

Claims that the flu shot can cause a person to catch the flu are false. The cells used in the vaccine are dead. They cannot infect a human being. That said, some people do have bad reactions to vaccines, and the side effects, such as a fever or body aches, can mimic flu symptoms. Flu shots are also often given in communal areas such as doctor’s offices, pharmacies or offices. It is easy to encounter people there who already have the flu or another illness. In those cases, you might have simply had the rotten luck to catch an infection from another person in the same way you would without the shot. As for actually catching the flu, the vaccine is not effective until the body has finished processing it. If the virus infiltrates your system before the body has finished learning from the vaccine, the shot will not help you. Your immune system will have to fight off the flu normally. That said, there is debate over whether or not a flu shot makes a person more susceptible to other forms of the flu. Some claim that the immune system will be primed for all forms of the flu. Others claim that the shot makes the body overspecialize its defenses. This, however, brings up the biggest complaint and issue with the flu shot.

You have almost certainly heard people claim that the flu shot does not work. This is simultaneously correct and incorrect. The flu shot is overwhelmingly effective against the strains of influenza, typically four, included in the shot. The problem is that there are nearly 150 known strains of the flu. Each year, experts predict which strains will be the most likely to occur. Those strains are included in the shot. When the predictions are correct, flu shots work wonders. When different strains become more prevalent, the shot is marginally helpful at best. This is without taking into account the extraordinary pace at which the influenza virus mutates which is precisely why a person cannot get a single flu shot and be set for the rest of their life.

When it comes down to it, flu shots are heavily recommended by doctors. That said, until the vaccine has proven its effectiveness, parents are likely to continue skipping the shot. Unfortunately, given the way influenza works, the flu shot is probably not going to be the miracle cure to flu season that parents desire anytime soon. So, the debate will continue until someone manages to become the hero that creates a vaccine effective against all strains of influenza and successfully proves its worth to the world. 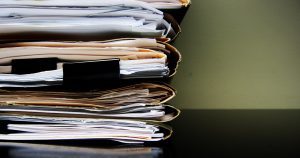