Technology has become largely omnipresent in the modern world. Print magazines and newspapers are steadily being replaced by digital options. Children can use iPads before they can read, and teens can read “emoji” as well as they can their first language. Many people will cheerfully boast about the good the internet has done. The ubiquity of cell phones and email has certainly made it easier to stay in contact with relatives and friends who live halfway across the country or across the world. More and more people, however, are waking up to the fact that there is a dark side to the technology on which so many people have become reliant.

For years, it was millennials who were associated with the image of a teenager who refused to get off their phone at dinner. Now, however, that image has shifted to the generation behind millennials, Generation Z. Gen Z is the first generation that has never known life without the internet. They were raised on a steady diet of cellphones, video games and computers. Most were introduced to social media at a young age, and many had smartphones of their own before they were 13 years old. This generation has been touted as using fewer drugs, drinking less alcohol and having fewer teenage pregnancies than millennials. What is often left unstated is that Gen Z is making fewer interpersonal mistakes because there are fewer adolescents interacting with each other. Members of Gen Z spend the vast majority of their time on the internet and on smartphones. This leaves them deeply vulnerable to internet problems such as cyberbullying and social withdrawal as they trade real friends for virtual ones. It also leaves them more likely to suffer mental health issues. Over use of the internet has been connected with higher rates of anxiety and depression as well as physical health issues such as obesity and insomnia.

Unfortunately for those who wish to escape the black hole of the internet, it has become a necessity for everything from making plans with friends to doing homework. It is also not going away anytime soon. As such, it falls on parents to ensure that their children are spending time with their friends in person, not just over the internet, and to make sure that their children understand that what is on social media is not any more real than a Hollywood movie. In short, it falls to parents to put down their own phones and see to it that their children learn not only to be computer savvy but also to be human as well. 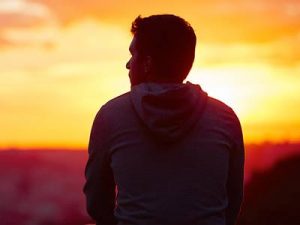