America as a whole does not rank very highly on the physical fitness scale. This is news to exactly no one. People are too fond of fast food, get too little exercise and are too in love with their phones to take good care of themselves. That said, the latest report by the Department of Health and Human Services reveals that the number of fit Americans is even lower than anyone imagined. Less than a third of American adults and fewer than 20 percent of teenagers meet the new physical fitness guidelines issued by the federal government.

In addition to subtle changes to the exercise requirements for adults, decreased sitting time was emphasized, and children under the age of six were included for the first time. The guidelines also noted exactly how expensive America’s lack of physical activity has become. Failure to meet recommended levels of aerobic physical activity is estimated to cost nearly $117 billion each year and accounts for nearly 10 percent of all premature death.

Assistant Health Secretary Brett Giroir said the guidelines were “truly a call for action,” and Russell Pate, a University of South Carolina exercise science professor, said that he was “very hopeful” that actions to increase American’s aerobic activity, especially in children, will be “widely adopted over the next decade.” Whether his hopes come true remain to be seen, but there is no doubt America as a whole could benefit from a lot less sitting and a lot more sweating. 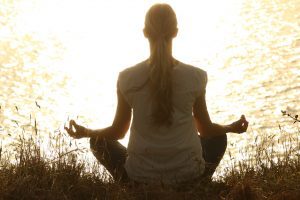 Study Suggests Fasting Diets Can Add Years to Your Life

The fasting diet fad exploded on the scene as a new hip way to lose weight, however it may actually have some sustainable health benefits. Professor Mark Mattson, a neuroscientist at John Hopkins University, has been studying the effects of the diet over the last two decades and even practices it himself. His research recently […]