Most people today would be doubtful that the so-called golden years are as wonderful as they are said to be. Thankfully, it turns out that there are advantages that come with age.  According to a recent study published in the journal Psychological Bulletin, a person’s self-esteem tends to peak around the age of 60 and last through the decade.

The study examined 191 articles about self-esteem along with data from nearly 165,000 people in order to explore how self-esteem varies between different age demographics. Researchers found that self-esteem begins to increase at some point in childhood, anywhere from the age of four to 11, when children begin to first develop a sense of independence. The child’s level of self-esteem plateaus during their teenage years and holds steady for several years. Then, it grows substantially again until roughly the age of 30. After that, the person’s self-esteem continues to grow at a slower pace until it peaks around 60.

“Midlife is, for many adults, a time of highly stable life circumstances in domains such as relationships and work. Moreover, during middle adulthood, most individuals further invest in the social roles they hold, which might promote their self-esteem,” said study co-author Ulrich Orth, a professor of psychology at the University of Bern in Switzerland. “For example, people take on managerial roles at work, maintain a satisfying relationship with their spouse or partner, and help their children to become responsible and independent adults.”

Unfortunately for those who believe that love cures every ill, the study found no evidence to suggest that those in happy relationships held on to the high levels of self-esteem developed in their 60s for longer than their single peers or couples who were unhappy in their relationships.

This drop tends to occur after the age of 70 and the downhill trend continues as a person approaches 90. Thankfully, Orth noted that most people “are able to maintain a relatively high level of self-esteem even during old age.” Good to know that there really is some gold in the golden years. 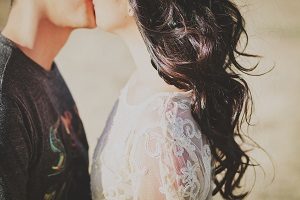 What’s an STD? 1 in 5 Young People Don’t Know
archives most recent
More from Beliefnet and our partners
previous posts