Yesterday, I went on a road trip with my daughter. We chatted while we drove, ate lunch in a charming city, and on the way back, my daughter napped. She ended the day with ice cream.

While this sounds like the perfect outing with an 8-year-old, I neglected to mention one salient point. My daughter (who is an adult) was getting her wisdom teeth extracted, and I was designated chauffeur. And while it’s true that we did have a lovely drive, good conversation (on the way up), and a hamburger before the procedure, my daughter slept because the pain medication kicked in, and ice cream was the only thing she could eat.

Not knowing the whole story, nor being conversant with all the facts, makes a tremendous difference in our final interpretation. This simple truth — which is well understood and applied by marketing departments in both corporate and political settings — can and is used against people to manipulate them into thinking, acting, purchasing, or believing a certain way.

Deceit Is Normal to Us

Lamentably, it is testament to the type of society in which we live that we accept this deliberate suppression of facts as normal. “It’s not deceit,” we aver. “It’s just good business (or politics, or media savvy). If you’re dumb enough to fall for it, then I guess that’s your fault.”

Well, the deliberate leaving out of information, with the intent to mis-guide someone’s interpretation of the facts, is clever, cunning, brilliant, and quite effective. It is not, however, Christian — and that many Christians accept it as normal (even within “Christian” establishments) should make us question our slavish belief that we, in the United States and other “progressive” western countries, live in a Christian nation.

Christ did not practice deceit. As imitators of Him, we are not called upon to practice it either.

That’s Point 1. I never can walk by our corporate-based, military-obsessed, oligarchical culture without making a comment, and given the amount of time people spend listening to other people — TV evangelists, radio talk show hosts, political commentators, politicians themselves, actors, and endless advertisements — we can’t be reminded too much that those who want to sell us something — be it a product or an idea — are not necessarily reluctant to stoop really low to do so.

Drawing Conclusions from the Facts

Now to Point Number Two, which will take me a few paragraphs until I finally articulate it, and which concerns our verse at the head of this essay, 1 Corinthians 13:12:

“Now I know in part; then I shall know fully, even as I am fully known.”

Life is full of unknowns, and for every human being breathing on the planet, the future is one great big unknown — both our future as individuals and as a community of Earth dwellers. Because we are intelligent beings capable of rational thought, unlike alligators, say, we regularly take the facts at our disposal and use them to come up with reasonable conclusions:

On an overcast, cloudy day, we grab an umbrella because the signs in the sky, as well as our own past experiences, lead us to predict that rain could happen, and while walking in a cloudburst has the potential to be romantic and definitely looks that way in the movies, it’s on the most part generally unpleasant.

Jesus Himself mentioned our ability, and inability, to process information, when he observed to the Jewish religious leaders in Matthew 16:4:

“You know how to interpret the appearance of the sky, but you cannot interpret the signs of the times.” One factor upon another, in succession and over time, should lead us to draw reasonable conclusions, but we frequently don’t. For example, many people, upon finding out that they have been lied to — by an individual or an organization — are understandably angry, but, oddly, they frequently keep trusting and listening to the ones who have lied to them. They buy the products, they send the money, they watch the face on the screen.

It’s easier, in the short run. But it’s like going out on a ponderously grey, cloudy day in shorts and a t-shirt. We should use the information we have, as best we can, to make wise choices.

But We Don’t Have All the Facts

That being said, we are not infallible, and we do not, like God, know all (thank you for your patience, I’ve finally manged to express with some lucidity, Point Number Two). So while we do know some things about our individual lives, or our composite lives as a nation or society, we do not know everything, and our predictions of the future — which are generally dour — do not necessarily mean that this is our truth.

In other words, when things look bad and we’re tempted to despair — because we’ve lost our job, say, as an individual, or because we’re told, by the upcoming election year’s crop of hopefuls that our nation deserves and will incur the wrath of God — it’s good to remember that we don’t have all the facts, but — and this makes all the difference — God does.

He knows our future, both individual and composite, and when we fall into despondency because things look so bad that they couldn’t possibly ever be good, it’s wise to turn, instead, to the one Person who does have all the facts and ask Him for guidance.

We are far more likely to find the truth we’re looking for in His words, and under His leading, than we are in the words and wisdom of men — Point 1, and Point 2.

Thank you for joining me at Commonsense Christianity, where I encourage people to stop listening so much to others and start thinking more for themselves. 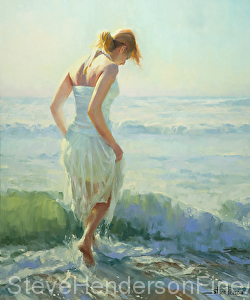 Dangerous Questions, or Dangerous Answers?
archives most recent
More from Beliefnet and our partners
previous posts