How Do You Spend Your Sundays?

I know a number of people who work on Sundays. One of them, a waitress, described a recent interaction with a diner, a church-goer who was ordering lunch after a morning round of worship service and Sunday School:

“God doesn’t want us to work on Sundays,” he reproached. “What are you doing, on the job today?”

Because she’s a working girl who needs to keep that job, she didn’t answer,

“Um, taking your order. You know, if people like you didn’t frequent restaurants on Sunday, maybe some of them would close for lack of business. And even if they didn’t, aren’t you supporting this system?”

Instead, she dealt with the various substitutions he and his party demanded from the menu, refilled their coffee without chafing at their imperious summoning to do so, and cleaned up afterwards, pocketing a $2 tip compositely left by 6 people.

In one way — but one in which he does not realize — the judgmental diner is right: God does want us to keep the Sabbath day, a topic our good and gracious Father, who does not consider any of His children to be nameless servants, addresses beyond the 10 commandments.

It Is a “Delight”

“If you call the Sabbath a delight and the Lord’s holy day honorable, and if you honor it by not going your own way and not doing as you please or speaking idle words, then you will find your joy in the Lord.”

It is a day meant to be a “delight,” something I never associated with the mad rush to get to church on time, back in the days we did. It is, literally, a gift from God to mankind, a golden opportunity to rest from the labors of the week, and on it, one is,

“not (to) do any work, neither you, nor your son or daughter, nor your manservant or maidservant, nor your animals, nor the alien within your gates.” (Exodus 20:8)

The long-term effect of this gift given to a small tribe of insignificant people wandering around the desert is a 5-6 day workweek in many parts of the world, with the understanding that you can’t work the ox, or the maidservant, or the waitress, 7 days straight without a rest. Given their own way (and increasingly, they are), this is what people who want to make money do: they work their workers as hard as they legally can under the belief that there are plenty more in the pool to take the job if one of the minions drops out.

Until a generation ago, many businesses in many countries closed on Sunday, and while liberated and liberalized sorts (who have well-paying jobs structured around a 9 – 5 Monday through Friday workweek) decry this as narrow and confining and infringing upon the rights of others who want that extra day to seamlessly accumulate profit without interruption, those working people who did get the full day off, along with the rest of their family members, enjoyed that day off and used it for the purpose that the Gift Giver meant it to be used: they rested. (Genesis 2:2)

(If they slept in and chose not to go to church they were excoriated within the sanctuary walls, but resting, not attending church, is the import of the command.)

In today’s frenetic economy of making a lot of money for a little contingent of people, Sunday is no longer a societally supported day of rest for the manservant, or the maidservant, or the domestic ox, or the lower-level employee, although it is still a day of golf for their masters, and this was never the intent of the command.

Predictably, our judgmental diner would assert that the waitress, if she truly loves God, should demand the day off and trust the Lord for the outcome of her effrontery, but if our diner read the Bible while he was sitting in church he would note that it is the master’s (leader’s, employer’s, ruler’s) obligation to ensure that those under him get that day, and if they don’t, it is not servants, and employees, who are at fault.

“But an entire nation can’t shut down on Sunday!”

Oddly, God never considered that a problem when He set forth the command, and logically, He no doubt takes into account emergency rooms and fire stations, with the idea that those who have to work, will be appropriately compensated, and scheduling will be such that they, too, will receive a Sabbath. The spirit of the command is that we treat people with dignity, regardless of their pay grade, and all humans deserve time to rest, reflect, and relax — preferably away from those who have their eye on them during the rest of the week.

As Christians, we can lead the way in celebrating the day in its spirit as opposed to its legalistic jurisprudence and be kind, as opposed to unctuously pious, when we are privileged enough to shop, or dine out, or stay at a hotel, on Sunday. The people serving us — whether or not they believe the way we do — deserve rest from their labor, and the only thing we really know about the waitress serving us Sunday afternoon is that she is on her feet, and we are not.

Leave her a tip — a good one. Consider it part of our tithes.

Thank you for joining me at Commonsense Christianity where I try to approach belief in God as a lifestyle that embraces love, mercy, and grace. 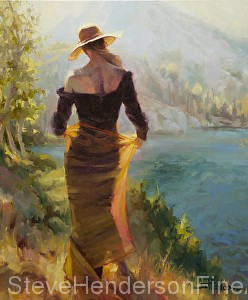 If I Were Taller, I'd Look Thinner, and Other Bible Truths
archives most recent
More from Beliefnet and our partners
previous posts