Christian Sheep: We Can Learn from Goats

I’ll never forget the first time I milked a goat.

My best friend from college, whose degree was in animal husbandry but who more importantly kept goats and milked them herself, was convinced that my family needed two of the animals, because we had just moved out in the country and were seeking to live more independently.

So my friend tracked down two fine specimens, loaded them in her truck, and drove five hours to my place where she, and I, and my children and husband now stood, making their acquaintance.

And that was my introduction to a delightful activity that, 16 years later, our family is still doing — we keep, and milk a few dairy goats, drinking their milk, spoiling the cats with the largesse, and making our own cheese.

But on that first day, sitting cross-legged in a gravel driveway and pulling ineffectually at the teats of an animal rapidly becoming impatient with my ineptitude, it seemed as if I had taken on too much. I wasn’t my friend, with the animal husbandry degree, and I had never been this close — or physically intimate — with a farm animal before.

Who was a I fooling into thinking that I could do something so different and beyond my background, expertise, and pay grade?

What, Really, Is an Expert?

It is a question we frequently ask ourselves in the society in which I live, the United States, where a degree in anything — whether or not it involves actual experience in the subject — is sufficient to quell all questioning or dissension from the non-experts (witness the attitude of corporate mainstream science against the consumer who asks, “Why do we need rBST growth-hormone in our milk products?” The funny thing is, you can call the person dumb all you want, but she still retains the power to put the brick of cheese down and say, “I won’t buy that one. I’ll buy this one, the one that tells me, clearly on the label, that it’s GMO- and rBST-free.” That’s what I did the other day.)

When it comes to science versus faith, emotions run high, and the general import is that people of faith need to keep that faith private, and publicly acknowledge what they’re told is science. More importantly, we are to adjust our faith to comply with that science, and if we don’t we are vilified, especially if we dare to question the official educational and governmental doctrine concerning our origins, which has a whole lot to do with how we interpret our place in society, the world, and the universe.

Quite unfortunately, too many Christians these days are so unaware of what is in the Scriptures they profess to believe, that as soon an expert, or noted public figure, plops out with something like,

“The Bible is essentially a fairy tale. There’s really no scientific evidence that anything it says is true,” they tremble, turn off the TV, and head to small group Bible study where they discuss the importance of being transparent and intentional in their purposeful walk with Christ. But in the back of their minds, they retain a doubt that the Bible and real life can ever be compatible, further dividing their lives into a compartmentalization of “church life” and “the rest of the week.”

“Christianity” and “ignorance,” however, are not synonymous.

There are two primary ways of learning about a subject, both of which, quite fortunately, do not require signing up for classes and putting out money for tuition, fees, and textbooks: firsthand experience (as I did, in milking the goat) and reading and research (something we did before receiving the goats, and continuously after). The combination of hands-on experience with routine and regular reading is a great way to get really good at what we’re interested in.

And as Christians, what we’re interested in is God, and who He is, and what He says, and what it means to belong to Him. And while it’s easy to fall into the comfortable habit of letting the pastor do all the talking, and teaching, and thinking that this is enough, this is pretty much like asking my friend with the goats to move in with us and take over the morning and evening chores.

We Do Have a Teacher

“I will instruct you and teach you in the way you should go,” God tells us in Psalm 32. “I will counsel you and watch over you.”

God, our Father, is our ultimate teacher, and Jesus, our Eldest Brother, has promised that we will not be left bereft in this relationship:

“The Counselor, the Holy Spirit, whom the Father will send in my name, will teach you all things, and will remind you of everything I have said to you.” (John 14:25)

It’s always a wise reminder to us that the apostle John, whose book by his name so beautifully and mysteriously records the words and teaching of his Master and friend, or Peter, who in the first half of Acts speaks out boldly and intelligently about the teachings of this new Way, were, in their first career, fishermen.

When Jesus hired them on as fishers of men, they were hardly qualified in any worldly sense to teach, speak, or lead — and yet theirs are the names associated with the launching of this radical, highly disturbing theological enlightenment. They weren’t dumb because they were uneducated, but they also didn’t stay uneducated. They read the Scriptures and absorbed them, and they became adept in addressing the various pagan and traditional religious arguments against Christianity.

So ought we to be: first, we should know what’s in the Bible by the simple expedient of reading it, not relying upon, not only our pastor, but prominent atheists like Richard Dawkins or Stephen Hawking to tell us what they think it says.

And second, we should turn off the TV and get back into reading — not just pap Christian fare that effectively says nothing, but books about science, current events, nutrition, philosophy, theology, history, and human relationships — grown-up books that address the issues we’re running from so that we don’t have to be afraid of facing them anymore.

It all starts with sitting crosslegged on the gravel driveway, determinedly pulling at a goat’s teat.

Thank you for joining me at Commonsense Christianity where I encourage my brothers and sisters in the family to look at the gifts they have been given — no matter how odd or out of sorts they look — and ask our Father how to use them.

Does God Care If We Are Excellent?

What Chickens Teach Us about God 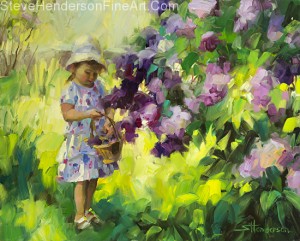 It’s a Secret, but Many Christians Do Distrust God
archives most recent
More from Beliefnet and our partners
previous posts