When Our Strength Is Our God

“They sweep past like the wind and go on — guilty men, whose own strength is their god.” (Habakkuk 1:11)

The society in which I live, the United States, is one which extols wit, cunning, business acumen, financial savvy, confidence, and strength.

While this is not necessarily the list of attributes worshiped by ordinary people, it is what is promoted throughout our highly and increasingly corporate culture. Lip service is given to the independence and sacrifices made by our forefathers — the immigrants who arrived here with little more than a dream and the willingness to to work hard so their children could have the life their parents longed for; pioneers who paved the way, many with their dead bodies, so that bankers and business magnates could arrive later and commandeer the infrastructure that ordinary people established; extended families during the Great Depression — this event actualized under the aegis of those bankers and businessmen, with the complicity of bureaucrats — who scrimped and saved and made do and repurposed and taught their children that there is dignity even in poverty.

(As an aside, it would be wise for us to remember the lessons of our hardworking, ordinary ancestors, so that we can get through, with dignity, the years ahead.)

The verse at the head of this essay refers to the Chaldeans, or Babylonians, who in the 7th and 6th century B.C. swept through Mesopotamia and took over peoples, cultures, and nations, and not in a particularly nice fashion:

“They deride kings and scoff at rulers. They laugh at all fortified cities; they build earthen ramps and capture them.” (1:10)

Nobody wanted to be conquered by the Chaldeans, but, as is the case when one side has a massive amount of money, power, ruthlessly ambitious leadership, military might, and expendable fighting men, the smaller people in the way didn’t have much chance.

And the Hebrew people fell into this category of smaller people. Divided into two kingdoms after the death of Solomon, God’s chosen people struggled against their surrounding adversaries, with the northern kingdom, representing 10 of the tribes, succumbing to the Assyrians (another very bad sort) in 722 B.C. The kingdom of Judah fell to the Babylonians in 586 B.C.

It is not as if, however, that the Hebrew people did not have fair warning that bad things were going to happen, and this is what the prophets, including Habakkuk, are all about. Their primary purpose was to remonstrate with those under God’s leadership, admonishing them about their religious practice which, through the history of this “stiff-necked people,” (Exodus 32:9; Acts 7:51), had imitated and echoed the pagan practices of those around them.

God is not unreasonable — He wasn’t upset because His children were lighting candles or sitting when they should have been standing. God’s issue was more along the lines of,

“They have built the high places of Topheth in the Valley of Ben Hinnom to burn their sons and daughters in the fires — something I did not command, nor did it enter my mind.” (Jeremiah 7:31)

So back to Habakkuk, God is warning His people that, because of their insistence upon worshiping the gods of men and turning away from Him, He is giving them, for a time, to the hands of the Babylonians, these guilty men, whose own strength is their god.

The unspoken implication is that the Hebrew people, who have been blessed by the hand of God time and time again, despite their inability or unwillingness to acknowledge this, should be finding their God as their strength, and by doing so, will overcome those whose strength is their god. It is a long, difficult, and painful lesson, and continues, throughout humanity, through today.

We Christians, since the gift of life through Jesus, have been brought into the family of Abraham’s children, and we, like the Hebrews of old, live in a world of men whose strength is their god. It is remarkably tempting to try, as the Hebrew people did, to blend our belief with God in with the practices of men, and while present corporate and three-piece suit society does not ostensibly  build large statues of Baal and toss live babies into its burning depths, it does throw a lot of people in front of the wolves.

“It’s a dog eat dog world out there,” we’re told. And in order to make it, sometimes we have to lie, or, if we don’t feel comfortable actively lying, practice deceit by not always telling the full truth. It’s still a lie, but much of what we see as normal and acceptable because it fits within cultural parameters, doesn’t stand strongly when we set it in front of God’s throne.

I always remember a church we once attended that was having trouble with its faltering Sunday School program, and to solve the problem, they switched the main service (which most people attended) with the less popular event. Now, in order to attend the church service people wanted to attend, they had to arrive earlier, and, since they were already there, they were encouraged to stay for Sunday School. I don’t know if it worked or not. We left.

It seems like such a small thing, doesn’t it? But when we walk with God, motive matters, and when the motive is to manipulate, we are relying upon the ways of men, men whose strength is their god, not whose God is their strength.

In the case of Babylon, the great, the conquering, and the unconquerable, Jeremiah chapter 50 records her fate (before it happened, incidentally):

“A nation from the north will attack her and lay waste her land. No one will live in it; both men and animals will flee away.” (50:3)

Persia, the next great nation of men whose god is their strength, swept through. Alexander the Great of Macedonia, whose god was his strength, later conquered Persia. Rome — upon which the United States proudly bases its system of government — eventually became the next big power. And then Rome fell.

Thank you for joining me at Commonsense Christianity 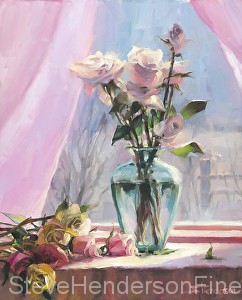